NSW Coach Brad ‘Freddy’ Fittler is facing an early headache this week after a deep rift has emerged during the first week of camp.

With the players coming together over the last couple of days ahead of the June 9 opener in Townsville, there’s reportedly been some heated run ins over who gets to control the speaker on the bus and at the training ground.

And with that comes a distinctly Penrith sound, the sound of Western Sydney drill rap that’s been a strong feature of Panthers training, home games, and post-match celebrations.

While partial to the biggest sound in Australian music right now, it’s believed some of the boys like Latrell, The Foxx and Tariq Sims are more flanno country music style fellas causing some blues about whether Luke Coombs and Luke Byran should be getting a run over the likes of OneFour.

“Country music on the bus and in the hotel so you can all have a sing along,”

“You and Jarome can show off your voices alright,” said Fittler at the two Penrith debutants with strong tonsils.

“And then it’s all that OneFour stuff at the start of training to get you fired up alright.”

“That’s the deal, and when I say we are earthing or doing yoga, you put on those soundscape tracks I gave you.” 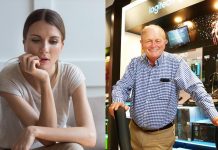