The polite and pensive gentleman who’s married to New Zealand Prime Minister Jacinda Ardern has thanked Australia for letting him ride home from HM The Queen’s funeral in London this week.

Mr Gayford spent close to 24 hours inside the cargo hold of the RAAF VIP transport jet yesterday after taking up the offer from Anthony Albanese to fly him and one of Prime Minister Ardern’s press secretaries home.

However, while “eternally grateful” to Australia for giving him a ride home, he said he won’t be making a habit of it.

“While it was nice to get back to Sydney for nothing. I spent the entire flight in total darkness, in the freezing cold with only a ziplock bag of sliced fruit to eat the whole way. I had to hold onto a wee for 15 hours,”

“I get that perhaps making some remarks about the Bledisloe before boarding might not have been appreciated. For that, uh, I’m potentially sorry but yeah.”

It’s understood by The Advocate that Mr Gayford was directed by RAAF ground crews to get in the cargo hold after he laughed about the Wallabies loss to the All Blacks in Melbourne last week.

When he laughed, witnesses say one of Mr Albanese’s protection detail drew a firearm and pointed it at Mr Gayford and instructed him to crawl up the ramp into the cargo hold.

“That was rather full on,” said Mr Gayford.

“But that’s what Aussies are famous for. Their ability to laugh at themselves. Their laconinc sense of humour that’s known around the world,”

“It’s good to be back. The flight from Sydney to Auckland on Air NZ was much nicer but don’t tell the Aussies that.” 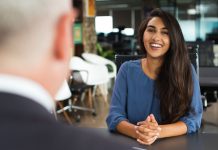