Despite having every single song permanently seared into brain for all of eternity, young father Dale Shannaghan (39) has never sat down to watch the hit musical Grease with his two young daughters from start to finish.

That’s to not say he’s never watched this timeless film before.

As an early millennial, the timeless love story between Danny and Sandy has played an equally as formative role in his own life as his daughters, and his parents for that matter.

Even growing up with only brothers, Dale has always been familiar with the feminine intuition of the Pink Ladies from Rydell High – and can fully relate to the pubescent trials and tribulations of Frenchy and Rizzo, just as well as Kenickie and Sonny.

However, with young children of his own now deeply invested in this musical universe, Dale never thought to saddle in and join them all over again – instead opting to float around the outskirts of the TV room for all 182,134 screenings of this masterpiece.

That was until today – as Australians of all ages mourn the first woman they were hopelessly devoted to, Olivia Newton-John.

Colloquially known as ‘The Neutron Bomb’ in her home country of Australia, the singer/actor gained worldwide fame wowing everyone in her role as the high school sweetheart Sandy in the 1978.

A statement released by the family confirmed that Newton-John “passed away peacefully at her ranch in Southern California, surrounded by family and friends” this morning, after a 30-year battle with cancer. She was 73.

While Dale’s daughters are still at that age where they think Sandy is a real person, and aren’t familiar with the concept of acting, letalone words like ‘Travolta’ – the young father is lucky that he does not have to break this tragic news to the girls.

Instead, he’s gonna surprise them by perching up with a box of tissues and singing along to every song.

At time of press, Dale had just realised that at least 50% of the film’s plot is based around an unplanned teenage pregnancy.

“Oh my gosh, Rizzo” Dale mutters to the TV, before joining the character in singing along to “There are Worse Things I Could Do”.

Universally adored and timeless, both Grease and Newton-John will be continue to be loved by little girls singing into their hairbrushes, and little boys who wish Sandy went to their school. 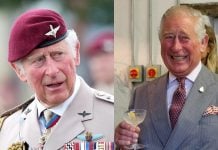 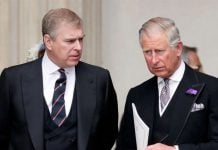