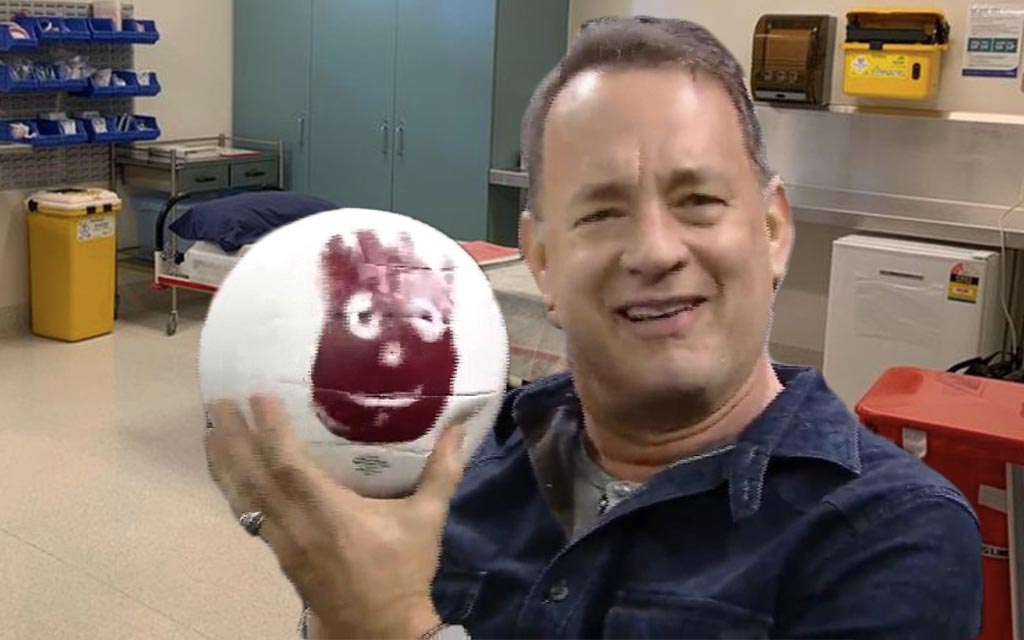 After 20 years, the Cast Away sequel the world has been waiting for has finally arrived.

Just like the first smash hit, the next Cast Away film will feature Tom Hanks stranded on a South Pacific Island – except this time, the island is Australia!

The news breaks after it was confirmed Tom Hanks and his wife Rita Wilsons have been taken into a Gold Coast Hospital after being diagnosed with COVID-19.

The Hollywood star was working on a Baz Lurhmann film about Elvis on the Gold Coast.

The celebrity diagnosis follows news that the world is continuing to spiral further and further into pandemic chaos as the virus causes lockdowns, downturns and all sorts of flow-on effects.

“Just because they have so much to catch up on,” explained one overworked local nurse.

“It’s been a while since they saw each other, so we thought it would be a nice touch, anyway I’ve got to run now,” she said before hanging up.