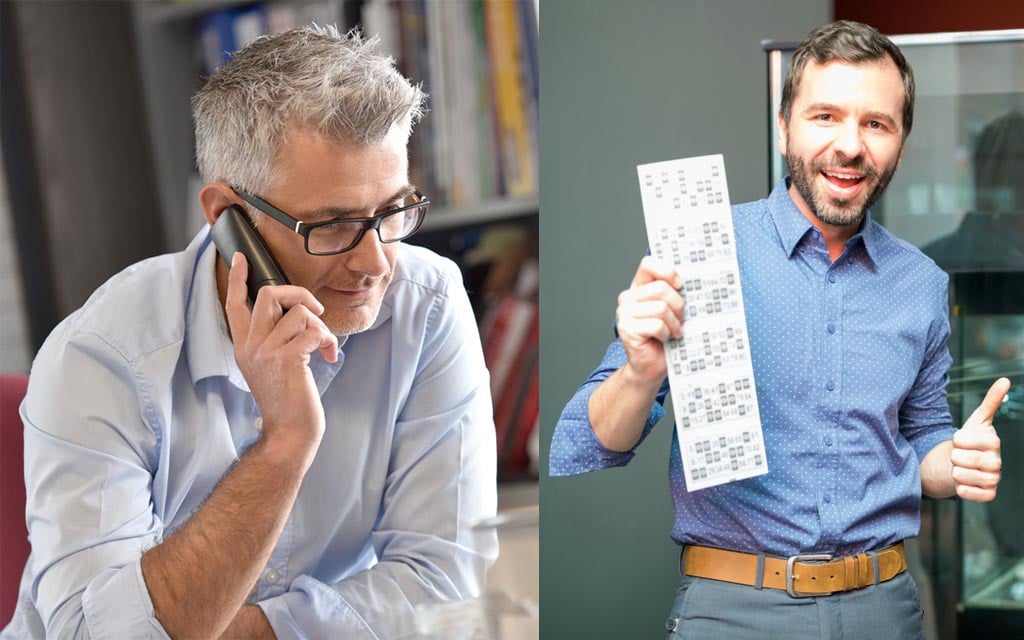 A Betoota Heights father-of-four field a phone call from his financial advisor today where an interesting investment opportunity was put forward to him.

French Quarter Subaru salesman Deverell Slacks told The Advocate this afternoon that he often receives a phonecall from Martyn Goolie, his financial advisor, when he sees people on the news talking about the share market in a muted voice.

“So my financial advisor called me up this afternoon and said things weren’t looking too flash for the rest of the year, financially speaking,” said Dev.

“He said that the share market has run out of steam and now bankers were slapping the pavement at terminal velocity around the country. Whatever that means,”

“So he tells me he yanked out most of my money last Thursday and the cash has just been sitting there in the investment account. Then he goes on to say I should start investing in lottery tickets. I heard him out.”

Martyn went on to explain that buying lottery tickets and hoping they win was one of the last options left to stay in the green this quarter.

“Another thing he said was to go into my nearest pub and ask the bartender to direct me to ‘Big Red’ which I assume is the name of a loan shark or something. Feed him a thousand dollars up front then sit on him for 90 seconds doing $10 bombs until the money runs out. He might give me a couple grand back, he says, but it’s not very likely,”

“I don’t actually think anybody knows what to do now.”