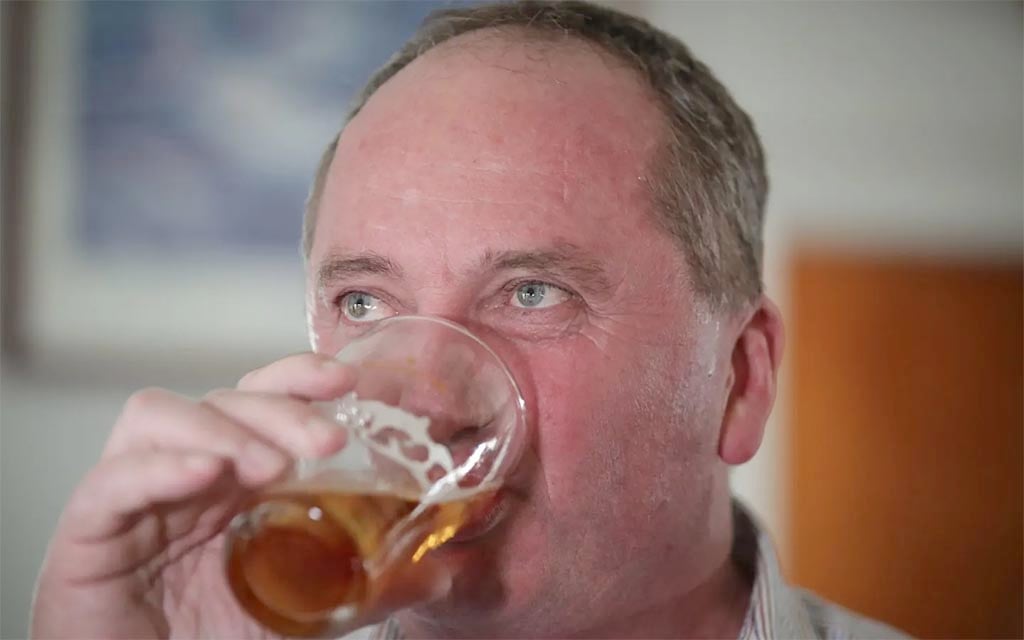 The Member for New England has told reporters in Armidale this afternoon that his fate is in God’s hands now after wrapping up his re-election campaign this afternoon in the New South Boomerstan high country.

And by wrapping up, Barnaby Joyce means he’s heading to the pub.

“Yeah not much I can do now, is there?” laughed Joyce.

“The blokes and the ladies running against me, you know what I’m talking about, this time certainly put the wonder on me for a bit but I think it’ll be OK now, what do you guys think? [sic]”

Our reporter as well as a few others watching Joyce roll a cigarette in the White Bull’s smoking area didn’t know what to think.

“Oh Jesus Christ, I’ll spell it out to you bastards! There’s a bunch of water here that the farmers own. Three tears of it. And for the first time in our nation’s history, we’ve had to import wheat! Fucking wheat! You wouldn’t read about it would you?”

Each reporter shook their head, except for the nice young lady from Prime just down the road.

“Well, you certainly don’t read things on the television do you?”

The Prime reporter shook her head.

“Fuck me, do any of you have a lighter?”

The former deputy Prime Minister then lit his cigarette backwards before continuing his story about throwing rocks at the birdlife the last time he visited a full Lake Eyre back in 2010.