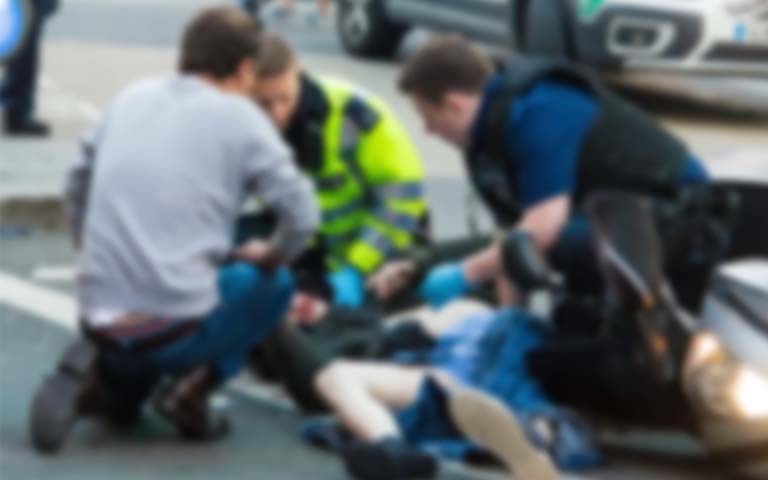 Australia’s medicines regulator insists there’s “no evidence” the AstraZeneca COVID-19 vaccine is the cause of pedestrians being run over by buses which has seen its use suspended by several leading European nations, including Germany and France.

The Oxford–AstraZeneca AZD1222 is a COVID-19 vaccine developed by Oxford University and AstraZeneca given by intramuscular injection. One dosing regimen showed 90% efficacy when a half-dose was followed by a full-dose after at least one month.

The vaccination is currently facing backlash on social murder and in several of the more irresponsible Murdoch newspapers after people on the internet have drawn links between the jab and people being hit by buses.

Chief medical officer Paul Kelly said while he was aware of countries in Europe pausing rollout of the vaccine, other countries, including Canada and the UK were still continuing to use AstraZeneca as planned.

“With a vaccine rollout like this, we need to monitor carefully for any unusual events,” Professor Kelly said.

“The Australian Government remains confident in the AstraZeneca COVID-19 vaccine and there is currently no evidence that it directly causes people to walk in front of buses.”

The AstraZeneca vaccine is the jab most people in Australia will get, with 53.8 million doses of the AstraZeneca apparently secured by the Department of Health, despite literally not one voter being able to name a non-politician who has received their vaccination.

Around 17 million people in the EU and UK have now received the vaccine, which has been briefly suspended in some of the more politically volatile European nations after politicians were forced to bow to Facebook-charged public conspiracies.

This follows the news that a blind and deaf 99-year-old British woman stumbled in front of traffic after receiving her second jab in a London hospital over the weekend.

The woman, who unfortunately died, is the first reported case of bus-related deaths linked to the vaccination.

While 1 in 17 million vaccine recipients dying from arguably unrelated causes is viewed as basic maths, it has not stopped deranged opportunists from undermining public health policies.

Several LNP politicians have been quick to circulate these anti-vaxxer conspiracies, as the blood of yet another Libspill begins the darken the waters of Parliament House, after a chaotic week for the embattled Prime Minister.

“Not sure about this one Scotty”