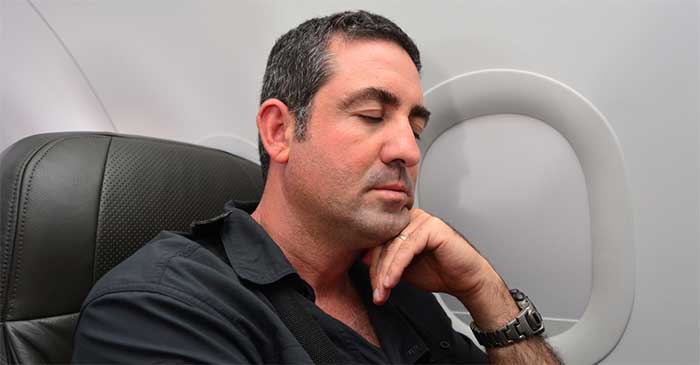 Walter Bronson, a semi-retired local businessman, has revealed to The Advocate that on his recent flight to Brisbane, he was able to sleep the whole way without abusing benzodiazepines.

Departing Remienko Regional Aerodrome in West Betoota late on Sunday afternoon, the 49-year-old said he was able to drift off to sleep quite easily in his seat despite it not being night time.

“I guess it’s just part-and-parcel of getting older,” said Bronson.

“Sleeping becomes easier and you need to go it more frequently in my case. Anyway, I didn’t need to take a borderline-dangerous amount of prescription drugs to enjoy the flight like some people do,”

“Anyway, I arrived in Brisbane feeling refreshed and relaxed. A ten-out-of-ten experience in my opinion.”

However, the happy-go-lucky Leo said that as a younger man travelling frequently on business, he’d often enjoy his in-flight meals with an impressive smorgasbord of benzos and wash it down with half a bottle of red.

But after a negative experience, he decided to go clean.

“I was flying to London for business and I remember taking half a sheet of Valium, a Xanax and a nice Shiraz before we’d even cross over into the Northern Territory,” he said.

“But when I came to, the plane was over Germany and the cabin was being prepared for landing. I had no recollection of transferring in Doha. None what so ever and that scared the living shit out of me.”