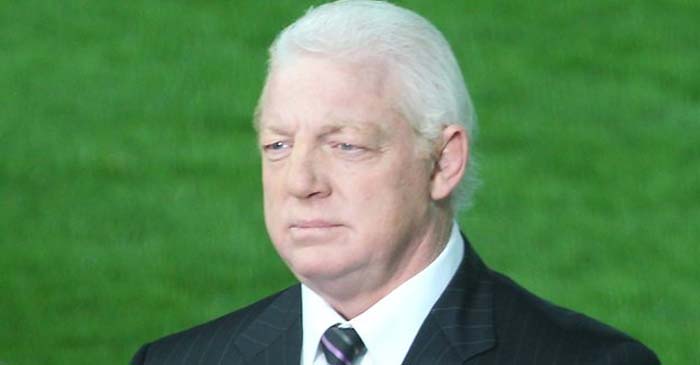 A number of classified documents regarding rugby league stalwart Phil ‘Gus’ Gould have been leaked to the media this morning by Wikileaks – some of which allege the 59-year-old died in 2013 and has since been replaced by a hologram.

Julian Assange took to the balcony of his Knightsbridge apartment around 9am local time and threw the Gould files off it into the arms of waiting journalists.

“You guys’ll get a kick out this!” yelled Assange before pulling the French doors closed behind him while he flipped off Seb Costello, the Nine Network’s European correspondent.

The leaked internal communications between NRL and Nine executives detail a plot to use a hologram and Gould’s prerecorded voice to cover up his death, which was alleged to have happened in an incident involving a K-Mart pushbike and a magpie.

Gould’s commentary is ‘flawlessly’ sliced together from previous matches.

The Advocate reached out to the Nine Network, Penrith Panthers and the NRL for comment, but have yet to receive a reply.

However, a man named as being the hologram projectionist during last year’s Origin took the time out of his busy afternoon to provide further detail on the matter.

“There’s an overhead projector that sort of reflects down onto basically a tilted piece of glass that’s sort of on the stage floor,” he said. “That then reflects the, well, reflection onto a mylar sort of screen, and it projects in this sort of 3-D kind of thing where it allows the other people to sort of walk in front of Gus and basically interact [with] him.”