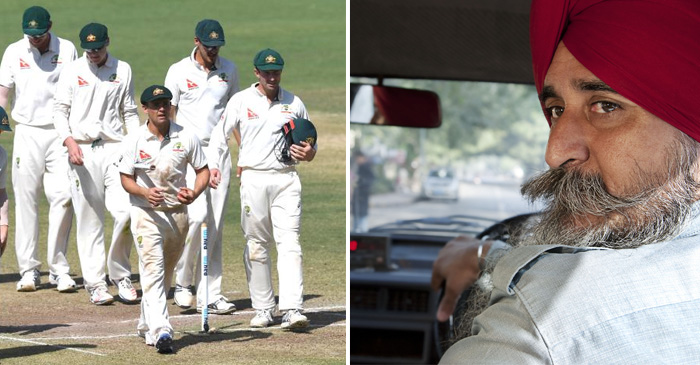 The holder of one of Betoota’s first taxi licences revealed today that he spent most of the weekend ferrying drunk people home from the town’s nightlife districts while they gave him a light-hearted ribbing about Australia’s historic Test win in India.

Baldev Singh took time out of his busy Monday morning routine to speak to The Advocate about his time behind the wheel over the weekend.

“But you know, because of the loss, you have every punter and his dog wanting to give you a bit of a ribbing about it. It’s OK, it’s only a bit of fun. But things can get a bit out of hand sometimes.”

One time things did get out of hand and Mr Singh was left with no option but to defend himself.

After the Indian One Day team went down to the Australians in the semi-final of the 2015 Cricket World Cup, an intoxicated North Betootanese man decided he’d give Singh more than just a piece of his mind.

“He put his hands on me, so I wrapped this around his head,” he said, retrieving a pair of 12-inch Crescent fencing pliers from under his seat.

“The bastard didn’t do much talking after that, but that’s what you get when you put your hands on me. You’ll be in the Flying Doctor King Air before you even know what hit you!”