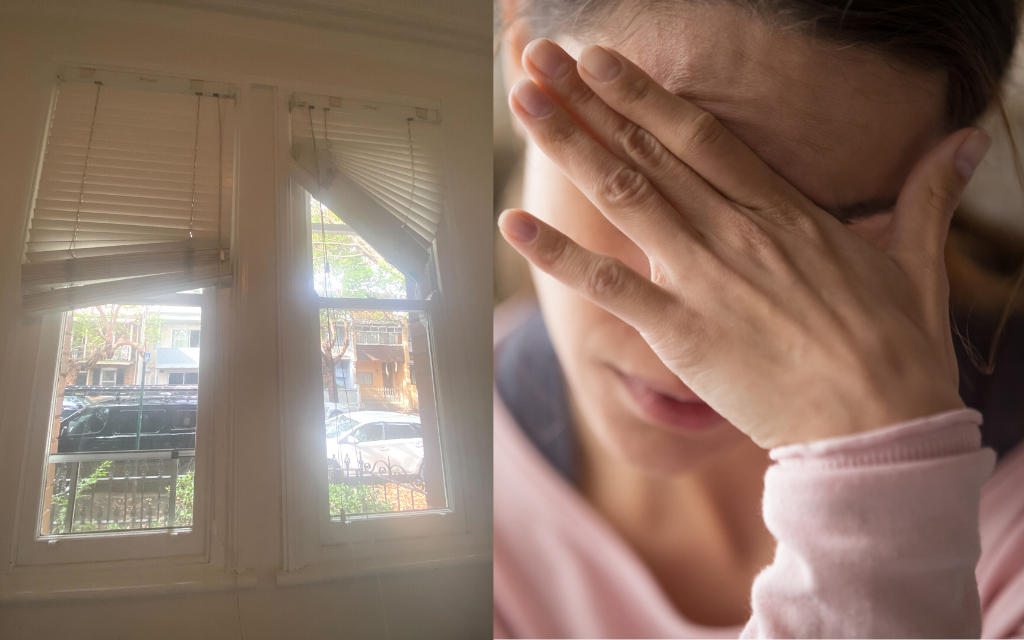 A relatively intelligent woman has today questioned her intelligence after failing to work out the correct pulling combination to lower her drop blinds.

It’s alleged Kat Broadbent had just moved into her new sharehouse, which was a beautiful old terrace house situated on a green, leafy street.

But unfortunately despite packing an unbeatable aesthetic punch, Kat has struggled to adapt to the new way of living – seeing as she’s spent the past few years in a modern apartment, equipped with benefits such as air conditioning and a bath.

Aside from the constant thudding and bone shattering ricochet of the neighbour’s kids running like fucking clydesdales up and down the hallway at 6am, Kat has also had to contend with drop down blinds, that appear to be as old as the building itself.

“Whoever invented them needs to be shot”, seethes Kat, “they make no fucking sense and there’s so many strings??”

“Every time I try to lower them, they end up bunching in the corners like an accordion.”

“I was this fucking close to yanking them down with my hands, but I can’t afford to lose the deposit.”

After scouring the internet for tips on how to lower them, Kat found herself with no other option to call in the landlord – who luckily quickly showed her a technique she would never have figured out on her own.

“So I was basically pulling the strings like how you’d milk a cow”, she explains, “but you have to pull on the chords to the side at a 45 degree angle.”

“I don’t know, it seems too complicated, I might just leave them down.”