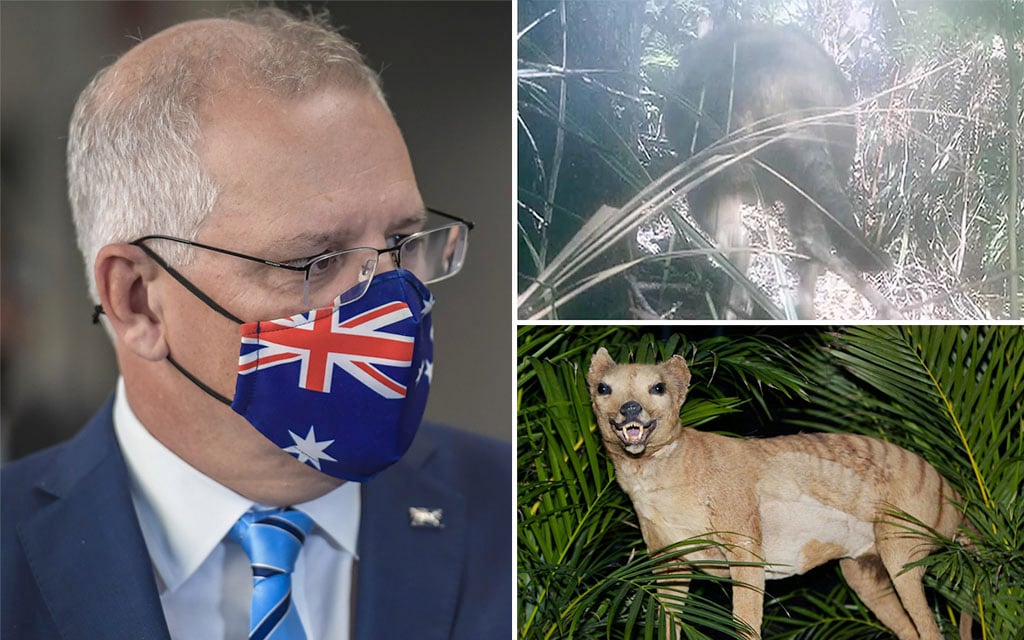 While embarking on what was described as ‘an urgent conservation photo-op’ on the island of Tasmania, Scotty from Marketing tripped over and accidentally squashed the last remaining Thylacine, also known as the Tasmanian Tiger.

Thought to have been extinct since the 1930s, a lone female Thylacine was recently found just outside of Strahan in west Tasmania and could have been the key to the marsupial’s reintroduction to the Tasmanian ecosystem.

Upon news of the animal’s discovery, it is reported that Scotty quickly ended the photoshoot he was doing, leaving a single mother to finish changing her car tires for herself.

“There wasn’t even anything wrong with my tires,” stated the mother.

“He just removed all my tires and left. And he readjusted my seat.”

Arriving in Tasmania a quick three-hour taxpayer-funded flight later and Scotty was ready to get his pic with the only Aussie thing rarer than an in-touch PM.

Unfortunately, the photo-op and life of the last thylacine was cut short when Scotty, holding a commemorative case of Cascade Premium Light, tripped over on a tree root and landed with his full force on the rare marsupial, crushing it with an audible squeak.

“Ah! Who put that there? Can somebody-holy shit! It’s everywhere!!” exclaimed the PM, his sides thoroughly dashed with blood, fur and viscera.

“Somebody clean this crap up! Jenny! Jenny!”

After calming down, Scotty tried to ease the tension by making a few jokes about how Strahan was now once again only famous for the world’s longest-running play before asking if any woodworkers would mind if he popped in ‘for a bit of a widdle?’

This request was denied by every woodworker in town as none of them wanted to be forever known as the woodshop where Scotty lost his thumbs.

Still caked in the drying remains of the last Tasmanian Tiger, Scotty flew out of Tasmania meaning the island was once again free from another endangered species.