A bass player has today had to defend themselves yet again for copping some flack for choosing to play bass.

It’s alleged Benny Porter [23] had gone out to a local dive bar after one of his gigs and had enjoyed himself as he slung back pickle backs and talked shit with the band members, who he’d come to know quite closely after a month of touring.

As a member of several bands, Benny’s bass skills were often needed, as many bands have difficulty finding one. This has meant Benny often finds himself working on a freelance basis and responding to urgent calls for a bassist, being an all-round reliable character that heavily contributed to bringing songs to life.

And though you’d think specialising in a much-needed skill would result in some respect, Benny is often criminally overlooked and forced to defend his chosen skill set – despite a bass being crucial for rhythm.

Adding that he didn’t care for stereotypes, Benny starts holding a mirror up to the other bandmates, in an attempt to deflect.

“Oh, so I guess that means Mick is a self-indulgent playboy with ADHD because he’s a drummer?”

“And Leslie thinks she’s better than everyone because she plays acoustic?”

Realising that everything he said was true, Benny mumbles something about being able to play the guitar but choosing not to, so everyone should just shut up and be grateful. 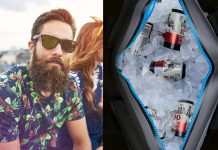