As Parliament resumes two months after the cataclysmic political shift that was the 2022 Federal Election, The Member For Kennedy now finds himself navigating through a brave new world.

While never one to shy away from making unusual friends on with his fellow crossbench freaks, Bob Katter had never considered what life would look like as the Father Of The House, surrounded by a female-heavy crossbench of enlightened urban women.

The 77-year-old Maverick North Queensland MP has also never been written off working with anyone, often negotiating ethanol excises with Greens and working tirelessly to support Labor’s industrial action on behalf of his comrades in the trade union.

However, this time around it’s very different, as the Rurally Conservative Agrarian Socialist finds himself sitting with a group of pro-refugee corporate women – most of whom are at least 30 years younger than him

As of Parliament Question Time today, The Honourable Bob Katter III is surrounded by 11 moderate women.

It’s hard to imagine that Katter won’t be heavily influenced by his new friends over the next three years of this Federal Term.

Although it would take a bit for his new girl gang to convince him to see eye-to-eye on issues relating to climate change and neoliberal tax policy, it seems that this new yuppie flavour to the crossbench may already be brainwashing him slightly.

Arriving in Parliament today wearing a gorgeous brown linen suit and sockless dark leather slip-ons, Katter has gotten on the front foot to deny that his fashion sense has been influenced by his new best friends.

“What absolute rubbish” a defensive Katter roared down the phone to The Betoota Advocate today.

“I’ve always dressed like this. It’s standard Far North Queensland attire. North Of Cairns, this is what everyone wears”

“They’ve been rocking linen in Port Douglas since Christopher Skase.”

“I refute any allegations that I am being told what to wear by Allegra, Kylea, Mon, Soph, Dai, Bekha, Zo, Katie, Lizzy, Helen OR Zali” 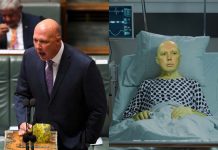 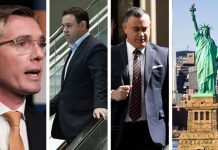 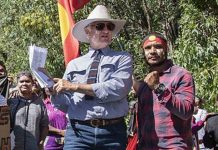 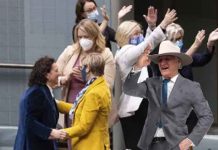 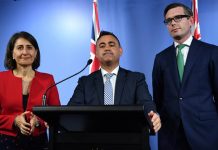 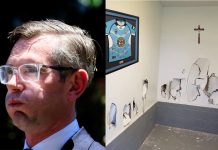