Sending off your same-sex marriage survey response without instagraming yourself filling it in, or placing the envelope into the post box may render the vote ineligible, the Australian Bureau of Statistics has confirmed.

As Australia takes part in a voluntary postal survey on the issue of same-sex marriage. The Australian Bureau of Statistics (ABS) who are hosting the survey alongside the Australian Electoral Commission (AEC), say they are concerned some Australians are not getting fully involved in the democratic process

While, the ABS says some people will be entitled to a paperless option in the survey. Particularly, people who are going overseas, people with disability and people who live in remote communities and Indigenous town camps.

However, for the inner-city post codes, the Bureau of Statistics say that postal survey responses will be accepted but must be accompanied with an Instagram post or story, just to identify the fact that they are being sent of by the most important demographic in the country and therefore twice as important as regular votes.

“What we need our inner-city, university-educated youth to do is let us know they are voting via both the post and social media” says Minister for Small Business Michael McCormack.

“Preferably with the caption ‘yaasss’ or ‘so much yes!’ – that way it’s easier for us to know how important your vote is” 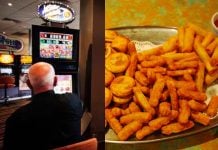