It’s another sunny Australia Day in this great southern land, and what better way to forget about our country’s dark history of whitewashing and brutality than with a list of the most nostalgia tingling ABC shows from the 1990s.

Who cares about the Stolen Generation and our nation’s revisionist take on what happened after whites claimed this land as their own, these shows stole our hearts! This is the history we want to talk about!

The Ferals was a show about a rat, a cat, a dog, and a rabbit that lived in a shed/come squat like some kind of Muppets meets Young Ones meets the dole-line crossover. The hilarious antics of the loose as Rattus the Rat make it so easy to forget that our ancestors dispossessed the original owners of this land with violence and proto-eugenics!

‘Have you ever, ever felt like this!?!’ haha, no, not have you felt remorseful for the continued mistreatment of Indigenous Australians and our 25-year-old national holiday that is aimed at celebrating a violent colonial invasion!!! Have have you ever felt so excited because Around the Twist is on and I bet that Mr. Gribble is up to some dastardly deed while those trumpet playing ghosts or whatever are fiddling about behind Bronson. 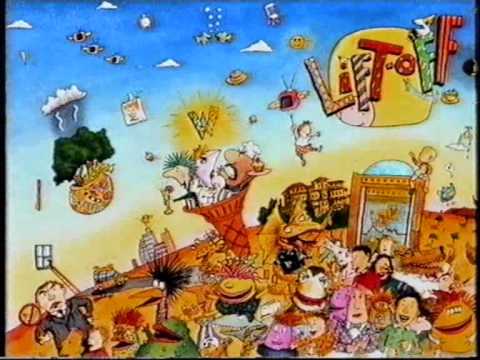 Talking backpacks! Bogan dingos! Dungaries! Lift Off had it all. Who didn’t love coming home from school to this little treat? It’s a great show to think about instead of the very recent horror of the White Australia Policy and its unending repercussions that stem from the systematic dispossession of hundreds of Indigenous nations.

Lil’ Elvis was about the bastard son of the King making it big in an isolated rural community; his band consisted of the protagonist, his girlfriend (drums), and his Aboriginal friend who was inexplicably forced to play didgeridoo in a 1950s skiffle band. Oh well, you’d rather be the Aboriginal kid in that isolated community than those that have been moved from traditional land and family by successive government’s cruel and inhumane policymaking aimed at dispossession and undermining cultural traditions. 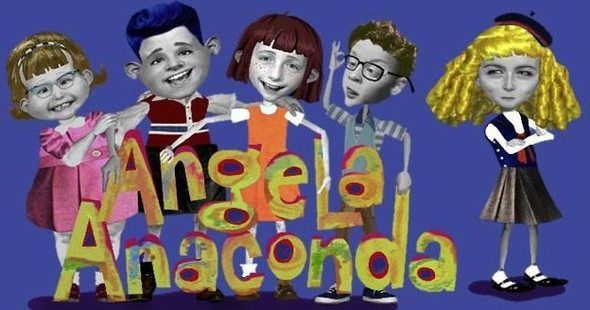 The disfigured heads and high-pitched nasally voices of Angela Anaconda are still easier to swallow than John Howard’s disastrous Northern Territory Intervention, and the continued prejudice and disadvantages Aboriginal people face in every facet of their lives. OH NO IT’S NINNY-POOOO!!!