As loyal monarchist, Jane Wu says her biggest concern about the possibility of Australia becoming an independent republic is the fact the Queen Elizabeth II might stop visiting our nation every 5-10 years.

“It’s a worry, if we remove her as our head of state, we’ll lose the holiday as well as the flag. But my biggest concern is she’ll stop visiting us,”

When asked why that would be an issue, Mrs Wu says she is just one of many Australians who are overly invested in the social lives of the British royal family and that if Australia were to elect an actual Australian as its head of state, she would no longer be able to keep up to date.

“Ever since my family arrived here from Vietnam in the eighties, I have been a big supporter of the Royal family,”

“I’m always reading about them in the Australian magazines, and I always wait at the airport when they arrive here every five or so years,”

It seems the sentiments held by Mrs Wu, while widely popular, are not shared by everyone.

Local republican, Jason Stevens, says he is furious that the Australian head of state is not only a Brit, but a Brit who rarely feels the need to visit.

“Robert Mugabe has visited Australia more times than the Queen. She’s more interested in North Ireland and Scotland and other places that openly hate her,”

“Mate, she visits Canada more than us and they gave her the brush ages ago,”

“What’s so hard about getting on a flight once a year?”

When asked to explain his dislike for the commonwealth, Mr Stevens did not hold back.

“There’s literally no benefits to us being aligned with her, Heathrow is still a fucking shitfight,”

“I don’t even think most of Britain realise we are members of their shitty commonwealth. It’s sending us broke,”

In recent months, all state and territory leaders have openly declared their desire for an Australian head of state. However, the previously staunch republican, Mr Turnbull said he was not the man to lead such a push, given his ­failed leadership of the republican movement’s referendum bid of 1999 – which resulted in him wasting a lot of money on a campaign.

Former Australian Wallaby and crime writer, Peter FitzSimons has decided to lead the republican charge, with the help of many other high profile ambassadors. Even the new Australian of the Year David Morrison is a committed republican. 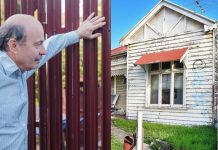 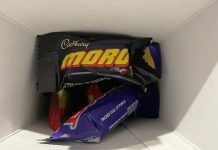