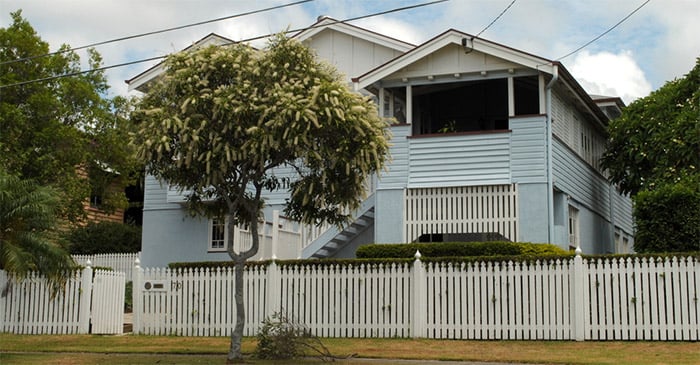 IT’S NOT HAUNTED and nobody was gruesomely murdered there.

Nor is it under the flight path of the local airport.

Located the Brisbane blue-ribbon suburb of Ascot, this charming Queenslander is only moments from the city. It’s on the market for nearly a million dollars less than the neighbouring property – but that’s problem.

After changes were made to the local council’s charter back in 1992, two Catholic families were able to move in either side of the Henry St property.

A neighbour’s religion is named as the biggest mitigating factor of Brisbane people when they buy a house, according to popular real estate website, homehunter.com.au.

And nobody in the River City wants to live next to a Catholic.

The current owners have spoken out about how hard it is to live next to not one, but two Catholics, saying his life has been a living hell ever since they moved in.

“Every new car they get is the same colour,” said the homeowner, who asked to remain anonymous.

“Burgundy. Their curtains are burgundy, every Commodore they’ve owned has been burgundy. Everything they have is fucking burgundy. I can hear them mispronouncing their H’s in the backyard. One of the bastards has a pinstripe double-breasted suit.”

Recalling one disturbing incident in 2008, the homeowner recalls seeing the son of one of his neighbours leave for his school formal in a stretch Hummer limousine, wearing a black suit with a black shirt that was complimented with a fluoro lime green tie.

“The little shit was even wearing a white belt with some tasteless white brothel creepers on his feet. I thought to myself ‘I’m never going to be able to sell this fucking house’ – something that kept me up at night.”

Further information and enquiries should be made to Gale & Associates Real Estate in Banyo.