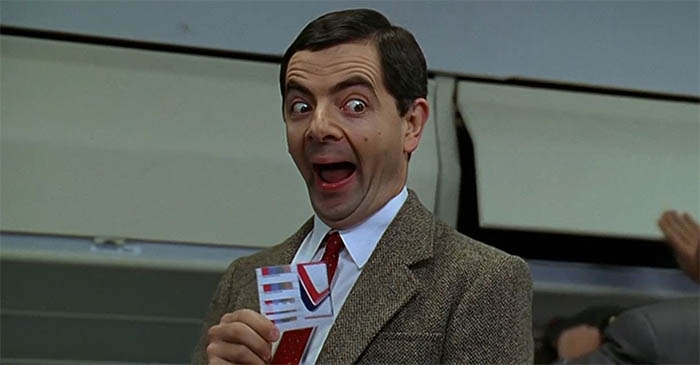 CHILDREN OF THE MODERN world are left shaking after watching episodes of Mr Bean, a popular BBC comedy programme which saw worldwide acclaim in the 1990s.

The report was commissioned by the Australian Television Standards Committee after the received thousands of complaints about the show after in broadcast on the ABC last week.

People labelled the programme “perverted and disgustingly obscure” – while others found Bean himself to be “creepy” and “a suspect sexual deviant.”

Some children have received counselling, simply because they couldn’t understand what was going on.

Prominent child psychologist Dr Heather Fances agrees with the report’s findings that the character made famous by British actor Rowan Atkinson is now unfit for broadcast in Australia.

“It is much easier to be afraid of things in today’s world. We have Islamic terrorism, high property prices, people being punched to death in Sydney and when you couple that with Mr Bean, it just becomes too much for these young minds to process,” she said.

“Children can’t understand why he doesn’t speak. Remember that episode when Bean is dangling from the diving board? We showed that to a focus group of 6-year-olds and they all started screaming,”

“From what I read in the report, children should only be allowed to watch 9 News at 6 before going to bed at 7. That’s the safest option.”

However, one vocal proponent of Mr Bean said that what kids watch on the news and even in some weather forecasts are more inappropriate than the famous children’s show.

News reports of gangland executions, drug busts and celebrity fornication are popular topics for journalists nationwide, making it effectively impossible to get away from the harsh reality of society.

Television writer Glenda Gottermen wrote today in her flagitiously unpopular blog, A Collie, Me and a TV, that Bean provides a level of escapism for today’s children, that harks back to a simpler time before Muslims began terrorising the middle-class.

“Just look at the news each night, you’ve got news of people being shot and blow up. Weather girls all tarted up, promoting a negative body image to the young girls watching them. What the hell’s wrong with Mr Bean?” she wrote.

“I mean, the most violent thing he ever did was run that three-wheeled car off the road or the time he accidently injected his dentist with anaesthetic. That’s the worst! He only used explosives once and that was to paint his living room!”

“And the report saying that the diving board episode scared the children? Wait until they graduate from university with an Arts degree, that’s actually scary.”