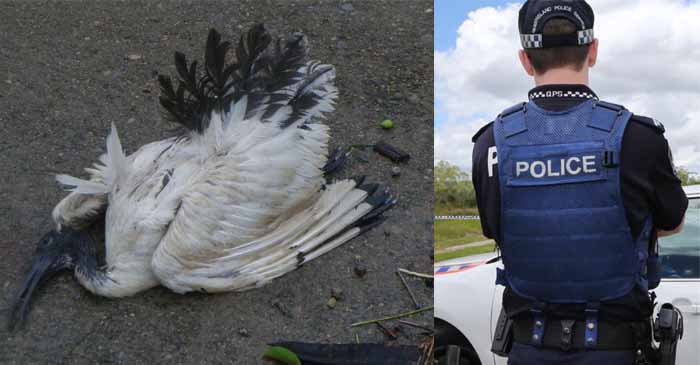 A North Betoota man has been denied bail this afternoon after he allegedly flogged a death ibis to draw a reaction out of his mates during a night out drinking.

Betoota Local Court heard Timothy John Cunningham took to the deceased bird with a length of wonga vine after coming across the carcass in Monks Park last week.

The 21-year-old said he whipped the ibis to get ‘cheap laughs’ out of his friends, who’d just finished a drinking session at the nearby Betoota Dolphins Leagues Club and were on their way to the Betoota Hotel.

However, his plan became unstuck after he took to the bin chicken, as the internet refers to them as, in plain sight of a police officer – who promptly arrest him for public nuisance.

Cunningham entered a ‘not guilty’ charge and a trial has been set to begin on July 12.