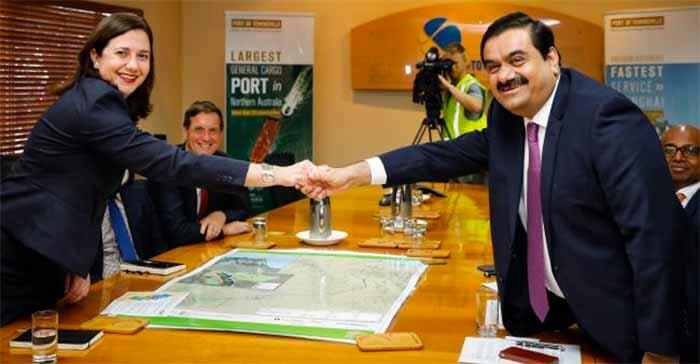 The Independent Commission Against Corruption [ICAC] has asked the Premier of Queensland to keep May of 2021 free just in case they need to speak to her about the controversial Adani Coal Mine being greenlighted this afternoon.

Tim Fisher, a spokesman for the corruption watchdog, wanted to make it emphatically clear that Annastacia Palaszczuk is ‘not under investigation at all’ and ‘there’s been no indication that there’s been any wrongdoing’ in the project being given the go-ahead.

“We’re just asking the Premier to keep these dates open, just in case,” he said.

“Because this whole thing is fishy as hell. But you know, it’s probably nothing. This whole thing might not even go ahead. It’s still got a lot of hoops to jump through, but you never know, do you?”

The unique and unprecedented request for is a first for ICAC, who explained to The Advocate a short time ago that they’re simply doing their job.

“You’re trying to be me in trouble, aren’t you?” said Fisher.

“We just don’t want to come across something naughty in a few years time only to find the Premier has relocated to Majorca. We’ve already been through that before.”

Ms Palaszczuk’s office has declined to comment on the watchdog’s request but ultimately remarked that the Durack-native has nothing to hide.

A further request for comment was put to Adani, but The Advocate has yet to receive a reply.