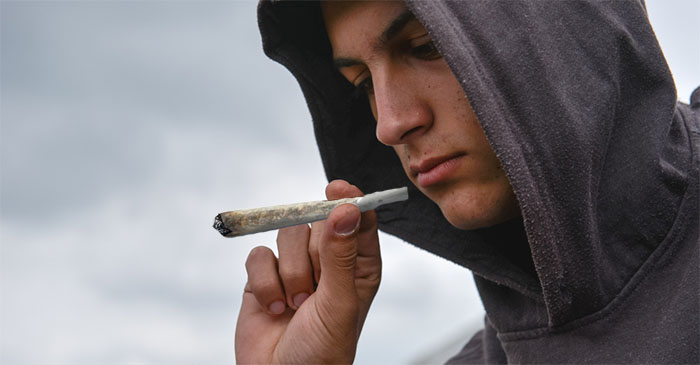 AT AGE 16, SAMUEL MICKAYLA received a swift clip under his right ear from his old man after yelling, “Yeah?! Whatchu gonna do, dawg? Ground me, bitch?” in his mother’s face.

She’d just smelt smoke on the misunderstood highschooler, who’s just been labelled as “At Risk” by his principal.

Though his father says he’s lucky he didn’t get laid out with a closed fist, that incident put Sam on a collision course with marijuana, most of Australia’s deadlist drugs.

Now 17, Sam spoke to The Advocate this afternoon about his slow decline into substance abuse.

“A lot of my idols spit truths about marijuana, so I was curious to try it,” he said.

“It makes you cough heaps, but it’s all part of it, hey? This guy at school got me a marijuana stick for $50 and we went and smoked it in a playground last night. I got really stoned and saw some pretty weird shit. I though the slippery slip was a goanna,”

“He carries a knife sometimes because we live in a pretty rough place. You never know who’s going to jump you for your stash.” he explained.

The West Pymble native’s self destruction has been noted by his parents, who’ve seen his beloved San Cisco posters in his bedroom slowly replaced with hip-hop and skip-hop artists.

His parents refused to comment on Sam’s obvious decline in academic performance and motivation, but they did say that his private education should be enough for him to coast on indefinently.