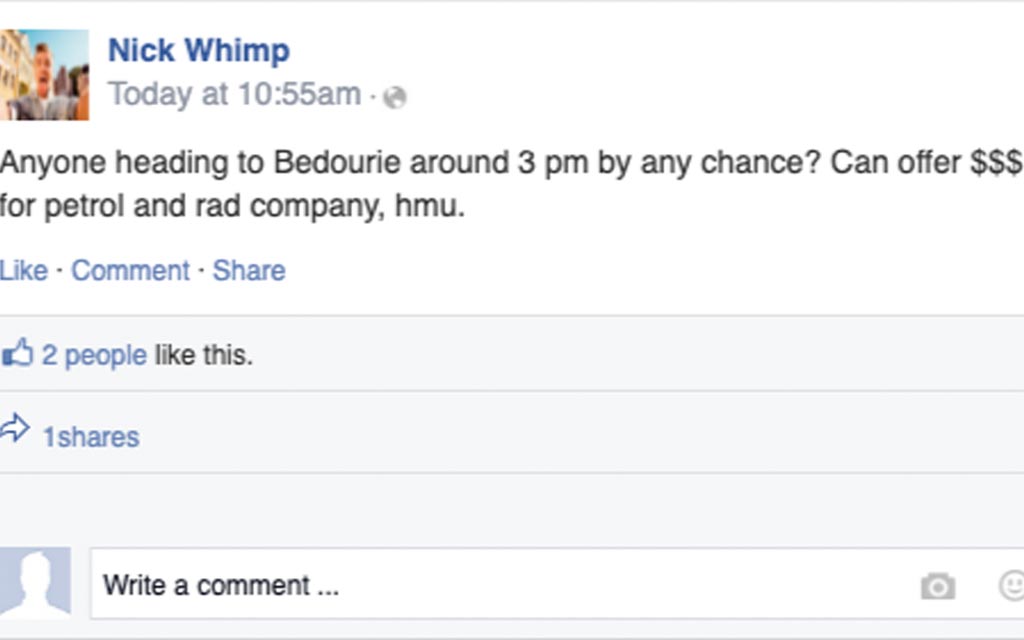 A local bloke who’d planned on travelling outside the CBD has today tried his luck, by posting a hopeful status seeking a ride.

Nick Whimp [26] was allegedly visiting family in the remote town of Bedourie when his ute broke down a mere four hours before leaving.

Despite the town being roughly three hours distance from Betoota Ponds, Nick figured there might be a small chance one of his 347 Facebook friends could be heading that way and could offer him a lift – a request he’s sweetened with the promise of petrol money and excellent tunes.

“Anyone heading to Bedourie around 3 pm by any chance?”

It’s reported his status was met with a few laugh reactions but that no one had taken up his generous rebound offer of $50 and a carton of VB.

As the clock had loomed closer to crunch time, a sullen Nick is said to have dmed a few close mates who all offered similar reactions of amusement, before giving up and notifying Nonna that he would not be making it to her birthday this year.