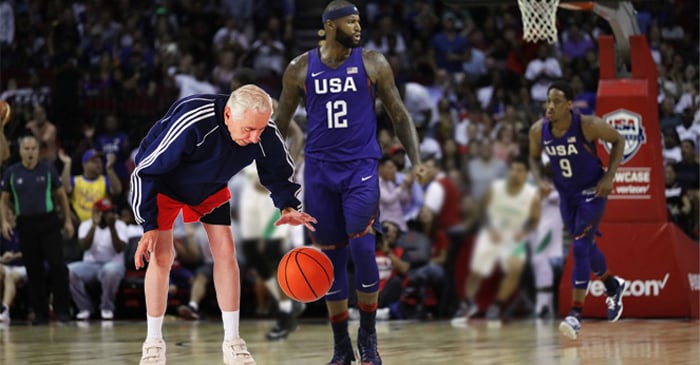 The Australia Boomers lost 88-98 to the USA have wooed Olympic audiences with several impressive wins over France and Serbia with one of their greatest performances.

The Boomers led by two points early in the final quarter and the US had to pull out all stops to get the job done.

Speaking to media after to the match, baby boomer point-guard, Angus Swanley (66) says the fact that the team is full of players born in the years following the Second World War is so typical of the younger generations.

“These lazy kids. Complaining about not being able to buy a house! I just played a full match against Kevin Durant!”

Mr Swanley went off-topic briefly to complain about refugees and superannuation changes before bringing his conversation back to the fact that no generation in the history of humankind has had it as hard as him.

“I worked hard for everything I’ve got. And that includes the beach house!”

“All this talk about changing the negative gearing laws are ridiculous! I’m 66 and still working my arse off. I’m Rio for goodness sake”.