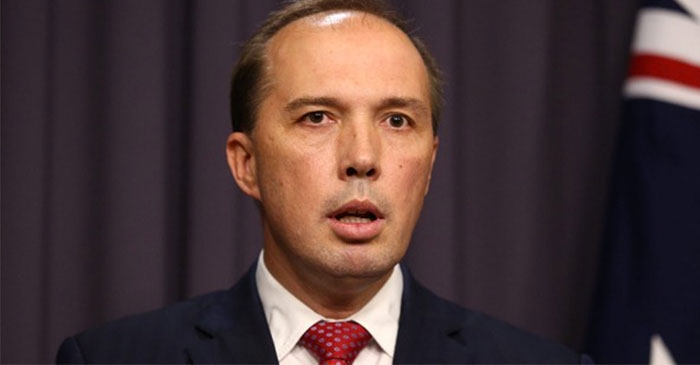 THE NAURU FILES ARE the largest set of leaked documents published from inside Australia’s immigration detention system. They are a set of more than 2,000 incident reports from the Nauru detention centre, written by guards, caseworkers and teachers on the remote Pacific island.

They are extremely damning and detail the systematic violation of even the most basic human rights.

This morning, immigration minister Peter Dutton took the opportunity to respond to the leak.

“It looks like I’m fucked. Like prison fucked. But a lot of people forget that Scott Morrison was also the minister for immigration, but the kitchen got a bit too hot for him. At least I’m not a four-eyed doormat like that poon. I doubt he’ll get canned over any of this,”

“These’s whipping boys and then there’s me. Tony is going to be able to don his lycra and pedal himself around Sydney’s obscure northern forest, Scott will always be able to get blind at Northies and throw full cans of beer at immigrants sitting on Cronulla beach. Hockey can keep getting stoned in a park next to the Lincoln Memorial and nobody will care. I’m the only one getting fucked here.” he said.

The Advocate reached out to the Prime Minister’s office for comment, but only received a video of Malcolm Turnbull’s media advisor placing a middy in the urinal of a Manuka hotel. He then proceeded to fill it with urine as he quietly giggled to himself.