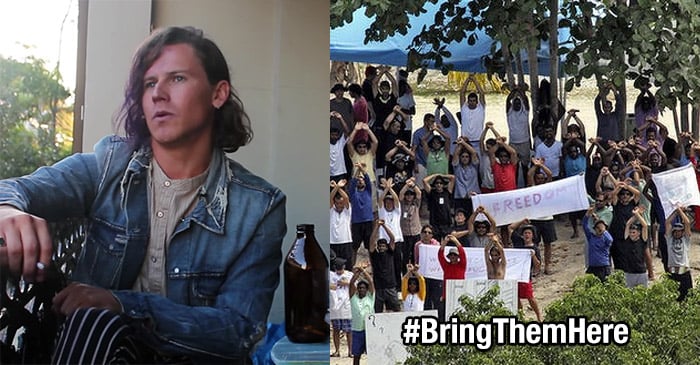 Sighing loudly enough for half the wine bar to hear, a local Greens voter took a moment to reflect on the government’s unjust immigration policy as he stared out the window, fighting back tears.

“They’re imprisoning children, they’re committing crimes against humanity. Peter Dutton should be locked up at The Hague with the likes of Slobodan Milosevic and Ratko Mladic. We need to bring those people in offshore detention here. Right now.”

Mr Leaf took time today out of his busy schedule to talk to The Advocate at the trendy wine bar, The Angry Cassowary, in the leafy yet socially exclusive suburb of Greenpoint, South Betoota.

The taxpayer-subsidised performance artist was quite upset throughout the interview, often taking his time to pause and pensively answer each question as if it were being asked by Michael Usher on national television.

However, Leaf’s tune changed when the suggestion that perhaps some of the refugees and asylum seekers could find a home in his neighbourhood.

“Two things are wrong with that idea,” he said.

“We don’t have many ethnic minorities in Betoota, it would be cruel to send, for example, a family of Muslim Bangladeshis out here when there’s a perfectly good existing community for them on the fringes of capital cities around the country,”