Last year, a group of four friends decided to link up together in an all-gals sharehouse.

The four urban professionals from rather different walks of life, settled in a French Quarter sharehouse, marking their first night with a stringent cleaning roster, noise curfew agreement and quirky little house nickname just for fun.

Eight months later, the residents claim they are living together harmoniously, even if they say the complete opposite the first moment their housemates aren’t around.

“Elise goes on like she is the first person ever to join a union,” stated Gemma, who as the occupant of the only room with the balcony has to pay slightly more rent.

“And Alexi won’t stop going on about how smart you have to be to do her uni course but can’t tell the difference between her Aldi shampoo and my TRESemmé!”

Stereotypical squabbles aside, the biggest issue amongst the four residents of the all-woman sharehouse is how hair ties have slowly become an official form of currency.

“I bought a big pack at the beginning of the year and now they are all gone!” claimed each resident in separate interviews.

As far as our reporting team can tell, the hair tie black market drove up the value of the hair securing devices so much so that some residents claimed to have traded silk scrunchies, Typo water bottles and almost dead hair straighteners just for one hair tie.

“I even started buying brown ones so I know which one are mine because even when I borrow one of theirs, it just doesn’t feel right.”

At the time of writing, housemate Alyson Walker claims to have almost finished her first draft of a metres long message for the house group chat about how they will deal with this unexplained and dire hair tie shortage. 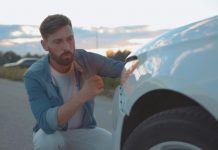