In breaking news, a one-time Burning Man attendee has magically managed to name drop her desert rave experience into an unrelated conversation at a work Christmas party this afternoon.

It’s believed eyebrows rolled as far as Birdsville, as a group of colleagues at Betoota’s premier PR Agency ‘SodaPop Republic’ tried in vain to enjoy some casual work Christmas drinks.

For 31-year-old marketing assistant and healing crystal enthusiast Flora Sampson, the ability to miraculously weave the nine day acid festival into discussions has become a full time hobby, since basing her entire personality on her festival experience.

“When you’ve been to Burning Man, it just changes your whole energy and outlook on life, it’s an experience that’s hard to explain to someone who’s never been,” Sampson told The Advocate.

“It’s something that always stays with you, you haven’t been have you? Haha!”.

Speaking to several of Sampson’s colleagues, The Advocate understands the often scrambled psuedo hippie was quickly losing favour amongst the workforce, thanks to her lack of body hygiene and chaotic work flow.

Colleagues confided that that was the third time in 6 months that the Afghan pant wearer had attempted to win some social points, by name dropping Burning Man into conversation.

“She did it at the half yearly drinks too, it’s just kinda weird,” said Lucy Jackson, an Account Manager at the firm.

“And just then we were having a super chill chat about how hot it gets over Christmas and then wham! Flora goes on some tangent about what it’s like to dance in 40 degree heat in the Nevada desert!”

“Honestly, no one gives a shit that you’ve been to Burning Man, give it a rest!”

The Advocate understands after attempting to steer the conversation towards desert trance, multiple colleagues peeled off in search of a bathroom or a different balcony.

At last reported sighting, Sampson was spotted in a full blown game of one-upmanship with Account Exec Sierra Edwards, a two time Coachella attendee who herself had some festival opinions to share. 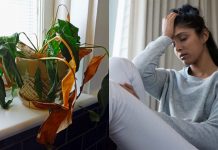 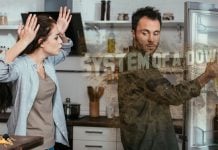 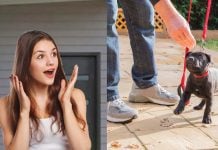 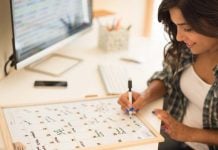