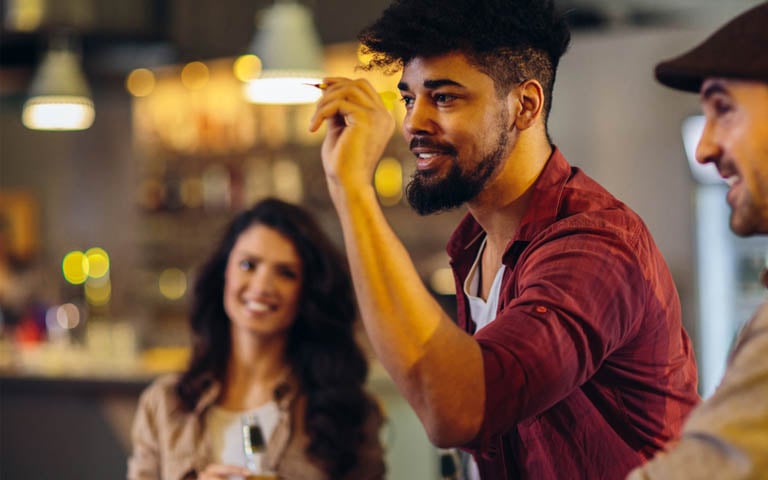 Local mechanic, Andrew Miles has today confused fellow patrons of the Betoota Heights Tavern after cleaning up several games of darts on only 4.5 standard drinks.

Despite not having a big gut and cigarette-yellowed fingers, the 26-year-old has bucked the the stereotype that usually applied to people who are naturally talent at the infamously boozy pub sport.

“What the hell, Andrew?” said one mate.

“You aren’t even pissed? What the hell is going on”

While joining some friends for an after work birthday catch up, Mr Miles was seen casually sipping on the three beers he ordered. A notable character trait for someone that seems to be so good at darts.

With a decent fashion sense for a suburban bachelor drinking in this particular shit-hole, Andrew is a far cry from Australia’s most famous darts player, the mulleted goatee-wearing Simon ‘The Wizard’ Whitlock .

With a dinner date organised for a bit later, Andrew asks if anyone is keen to put on a few bets in the TAB – creating even more intrigue into just how someone could possibly indulge in these kinds of recreational activities without like six jugs under their belt.

“Actually, I don’t have enough time to watch a full match of footy.” he says.

“Anyone wanna hit the pokies quickly?’