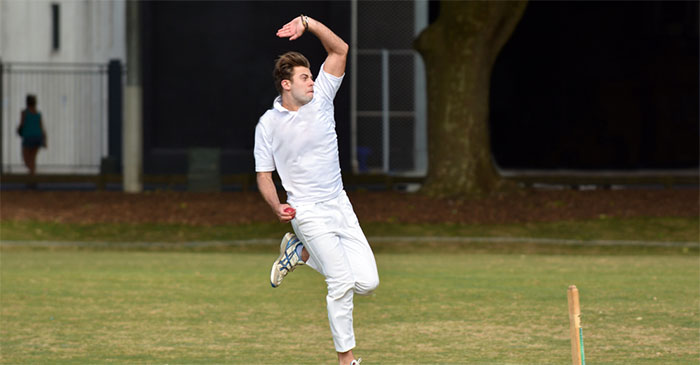 HE’S BEEN DROPPED THREE times in three overs and tearaway quick Mark Holloway has had enough – if nobody’s going to help him get the wicket, he’ll have to do it himself.

The first-cum-forth grader is known around the district for his erratic, but often effective right-armed cannon shots and his handy tail end work with the willow.

But after finding a few edges yesterday afternoon during an exhibition match between King Island And Burnie on the famous isle, he was left wondering as the hard-handed first and second slips put down three sitters.

“No, you know what, I told the umpire I wanted to come in around the wicket because I’d been getting fed hot cock by my teammates all afternoon,” he said.

“So I pushed fine leg back onto the rope and brought up square leg. Pulled the second slip out and put him under the helmet and let ‘er rip. Dug ’em in short and angled them in toward his head,”

“Nah fuck the cunt, but. It wasn’t his fault, but I was just sick of the bloke smiling at me like I wasn’t about to try to kill him.”

The 34-year-old corporate lawyer  finally got his wicket after four more overs of Tait-like inconsistency, but he managed to get one to swing back into the right-hander and sneak through the gate.

However, his efforts seemingly went unnoticed as the visitors recorded a 314-run lead going into next week.