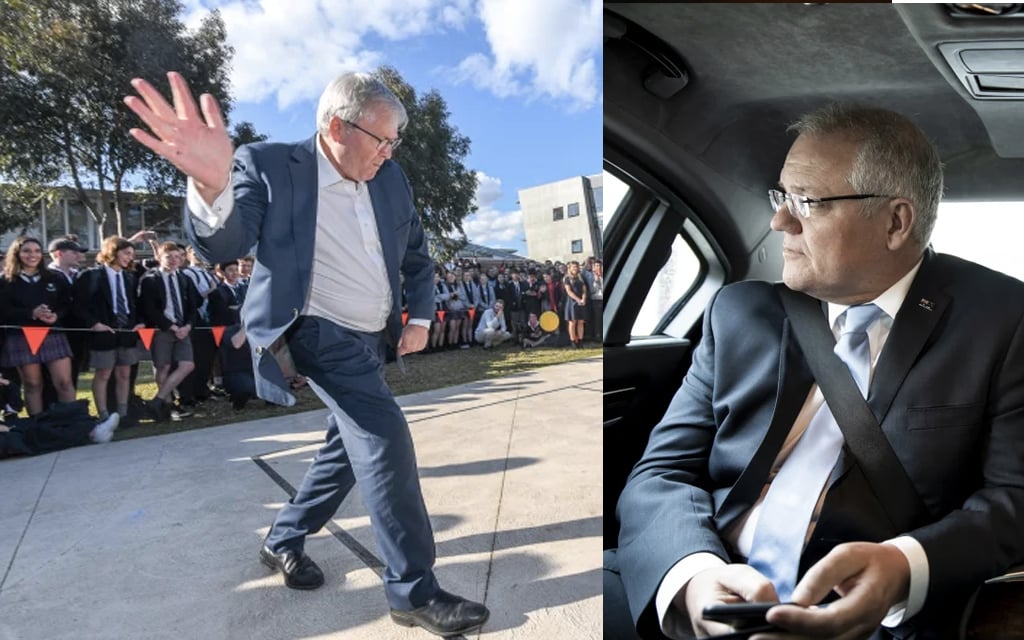 GRAMPA KEV: Australian voters are today thankful for the community of ex-politicians that still remain diplomatically active, after it was revealed that a retired man from suburban Brisbane has had to step up to help guide our nation out of the pandemic, after the bloke who is meant to be looking after us went into hiding.

The pharmaceutical giant behind the preferred Pfizer jab came out on Friday to clarify that there is no change in the number of doses the company has contracted to deliver to Australia over 2021 – contradicting reports made by the PM that he had secured a “game-changing deal” to triple its access to the jabs.

Today, it’s gotten even more embarrassing for Federal Government, after it was revealed that former Prime Minister Kevin Rudd has had to step up and speak with the executives from the American multinational biotechnology corporation – as they had grown tired of dealing with “junior Australian bureaucrats”.

Australia’s retired grandfather is believed to have taken the reigns after he was approached by senior business figures who are now panicking at the government’s failure to secure enough jabs fast enough to avoid further lockdowns.

Senior executives from the Pharmaceutical giant told one senior Australian businessman that former prime minister Kevin Rudd could have some influence in Scott Morrison’s absence, while he was jetsetting to Cornwall to get photographed with Boris and Biden to talk about climate targets he has no intention of meeting.

Like an ageing grandfather forced to raise the next generation after their dad skips town for fast women and slow horses, Kevin Rudd agreed to help the senior business figures who would never publicly admit that they believe a Labor government would be better at managing the economy during this pandemic.

These revelations contradict claims mace by the office of Health Minister Greg Hunt that the bringing forward was a result of government negotiations conducted with the pharmaceutical giant – who have told the ABC that Australia had bungled its negotiations with the company mid-way through last year by displaying a “rude, dismissive and penny pinching” approach.