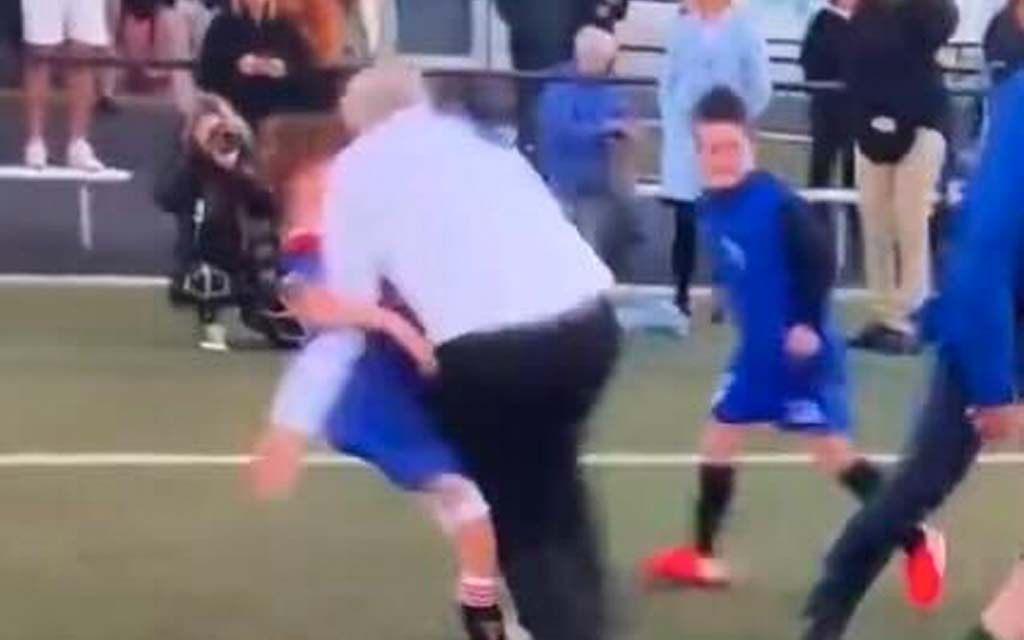 The nation’s Prime Minister looks like he could be facing a huge stint on the sidelines, after a controversial tackle today.

Just days out from the federal election, Scott Morrison looks like he could be rubbed out of the game for some weeks after a mistimed tackle saw him make direct contact with a small child’s head.

The PM was invited to join in a kid’s soccer match at the Devonport Strikers Soccer Club, in what was another attempt by a politician to try and appear like a relatable bloke who doesn’t hate sport with every ounce of his being.

However, given the fact he is a goofy career politician, the nation’s leader let his lack of coordination and spatial awareness get the better of him as he collided with a Tasmanian school student.

The tackle gone wrong saw the PM’s shoulder make direct contact with the kid’s head, in what was a very Boris Johnson-like moment.

However, controversially Morrison wasn’t immediately sent off and the child was not sent for a Head Injury Assessment, with play allowed to resume.

Commentators could be heard blowing up deluxe before Strikers officials revealed that the PM would be charged for the illegal contact.

He will now face the Campaign Review Committee, where he will try and have the charge downgraded.