It’s finally here, the app that thousands of young men and women have been waiting for, CREEPCHECK!

A smartphone application created to help people “not sound like psychos” when texting their crushes. Have you ever sent a late-night message to a significant other that makes your cringe the next morning? The answer is probably yes. CREEPCHECK! is here to prevent that from ever happening again.

–  “I will assault the next person I see you with”

The app, which can be downloaded for both android and apple smartphone products, claims to have one of the most intelligent word-prediction engines in the world – as well as the technology to know what you should NOT be saying. If it picks up any “creepy” parcels of information being typed into your social media or SMS applications – it will intervene and send through an alert.

Jason* (name changed) a repeat offender of drunk dialling and drunk texting, says that he was so bad with girls that his late night SMS messages nearly landed him in a heap of trouble with the law.

“I used to send the most pathetic messages to girls… I was threatened with a couple of AVOs [Apprehended Violence Orders] at one point… they just couldn’t seem to understand that I was trying to be smooth,”

“Thank GOD for CREEPCHECK! Now this amazing app keeps me in line.”

Instead of catching words from your Twitter, Facebook, SMS or other resources, like others, it takes them from your typing history and figures out both your lingo and sense of humour, before it begins helping you to not come across as a sex offender when texting your crush at 3 am.

This system is less efficient in the beginning while the engine is catching the range of words you use most. However, after a few days it becomes one of the most efficient keyboard monitor apps available.

Besides the engine, you can easily add new words by yourself – words you don’t want to be using. Likewise, it allows to input symbols as well as certain punctuation – for example: “!!!!!”  can be enough to warrant a CREEPCHECK alert. 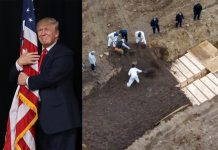 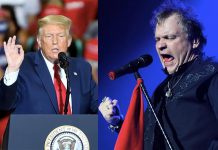