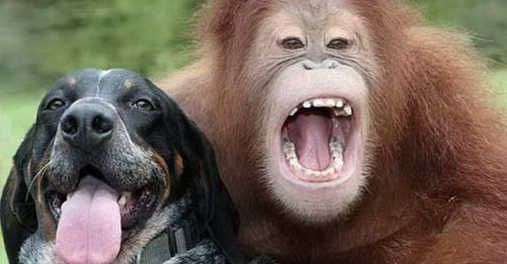 RESIDENTS of one small southern parish are celebrating today after a controversial bill passed city council – allowing animals to marry one another.

Jackson Parish in northern Louisiana held elections earlier this week and the Animal Marriage Act (2015) was a hot topic among candidates.

It passed unopposed and will be written in to the local law books this afternoon.

This part of Louisiana is a dry county, however, the campaign to legalise alcohol is gaining traction in the new, more progressive Pelican State.

LGBT groups in the southern state have met the news with anger, confusion and disgust – saying “it makes no sense”.

Petrice D’Andrusn is the president of the Louisiana Gay Alliance.

“I haven’t the words to describe how I feel right now,” said Ms D’Andrusn.

“This is the dumbest shit I’ve ever heard – the entire world is laughing a Jackson Parish now,”

“Hopefully, this will put pressure on the judges and law makers.”

But this hasn’t deterred pet owners around the country from flocking to Jackson Parish to have their animals married – ceremony halls and motels are already being booked out.

Nancy Fern, from Rapid City in South Dakota, made the 37-hour drive down with her 14-year-old disabled lesbian King Charles Spaniel, Florence – and her 49-year-old gay tortoise, Pinky.

Mrs Fern, 72, says the day her gay pets are finally married will be “the best of her life”.

“My daughters have told me I’ve lost my mind,” said Ms Fern.

“After my husband died, I gave all of his money to the church – when my daughter found out, she had a stroke,”

“If anyone has lost their mind, it would be her,”

“Now, if it meant driving to Louisiana to have my pets married, then so be it,”

“I think everyone needs to be entitled to state-defined happiness.”