The writers of the iconic DC films and comic superhero franchise, Batman, have today confirmed that the long held myth that the character doesn’t have any superpowers is actually incorrect.

The fictional superhero of Batman has appeared in American comic books since first appearing in Detective Comics #27 in May 1939, the character is also referred to by such epithets as the Caped Crusader, the Dark Knight, and the World’s Greatest Detective.

Despite the assumption by most superhero fans that the character is able to fight crime at the same rates of success as his superhero peers with nothing but his two hands and vast range of gadgets  – DC Comics president, Diane Nelson has said that most readers aren’t able to see the most obvious superpower of them all. White Privilege

“Batman’s secret identity is Bruce Wayne, an American billionaire, playboy, philanthropist, and owner of Wayne Enterprises. He has a new car almost every week and no one is suspicious of how he made his money – because he is a well-dressed white man in a suit,” she said.

“If Bruce Wayne was from South Chicago, raised by a single mum with a dad in jail, there is no way he would be able to spend so much time apprehending militant super-villains through acrobatics and cool motor-vehicle stunts,”

While pointing out that Bruce Wayne wasn’t the only privileged white male in the DC/MARVEL universe, the writers of Batman say that he is the only one that relies on solely white privilege as a superpower.

“Batman has literally nothing else going for him other than the fact he was born rich and white,”

“Like, there is a serious sense of entitlement there for him to assume he won’t be arrested for driving around the city like that and just assaulting whoever he deems to be a criminal,”

However, DC writers and executives alike think this is a very suitable character trait for one the world’s most popular fictional characters.

“I guess that’s why he’s so loved. There’s droves of people out there who can only fantasise about putting their privilege to good use,”

“and it makes it easier to write when we can just assume each run in with the law will finish with either a pat on the back or a stern warning,” 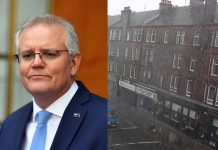 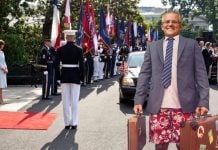 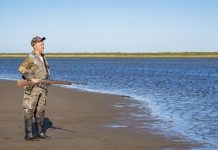