The youngest member of Federal Parliament has today asked Prime Minister Malcolm Turnbull for a “couple of days” off work, so that he can join his hometown mates on their annual “Splendour Bender”.

It appears the 26-year-old Assistant Minister for Innovation has been having trouble coming to terms with the fact that his appointment to Federal Parliament in 2010 (aged 20) meant that he was forced to sacrifice his youth in order to make a career out of politics.

The Prime Minister says he would be happy to allow Mr Roy a week or so to get back in touch with Generation Y, stating it would be beneficial for the party if their only form of association with Australian youth was not forced to pretend he was a fifty-year-old man.

“This young man is very impressive. The least we can do is let him enjoy his fleeting youth,” said the Prime Minister before flying abroad this morning.

“He broke records when he became the youngest Minister in the history of the Commonwealth at 25, and he has done a very sound job,”

Mr Turnbull says that being forced to deny that Climate Change exists must be hard enough for a 26-year old, not to mention the fact that he has had to wear a suit every day of his life since he won over the Courier Mail-ravaged people of Caboolture in the 2010 election.

“He told me that he had been asked to join his friends on pinger-chewing week of live music. The moment I heard that the Meeting Tree was headlining, it all made sense,”

“The bottom line is, he’s a young man and he needs to be afforded the opportunity to get on the googs and take his shirt off. We’ve all done it,” 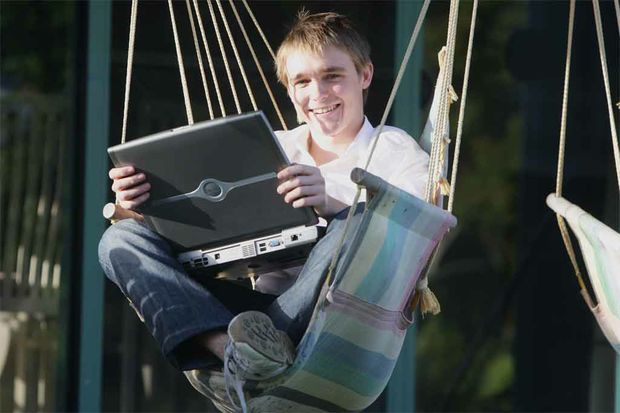 The Member for Longman, who is a known EDM (electronic dance music) enthusiast, made headlines recently after his surprise DJ set at Brisbane’s most notorious trance music nightclub, The Met.

Speaking to The Betoota Advocate today, Wyatt Roy says he is very excited to take a break from playing grown-ups.

“The last thing I want to do over the winter break is read over all this policy for Pyne. If he can take a week off for Adelaide Fringe Festival, surely I can join the Caboolture boys for a bit of hit out in Byron,”

“I haven’t been to Splendour since I was 19. Back when everyone was still getting lit on the pink Mitsubishis,”

“I might need gumboots this time though, it’s almost like the Climate has changed a lot since then”