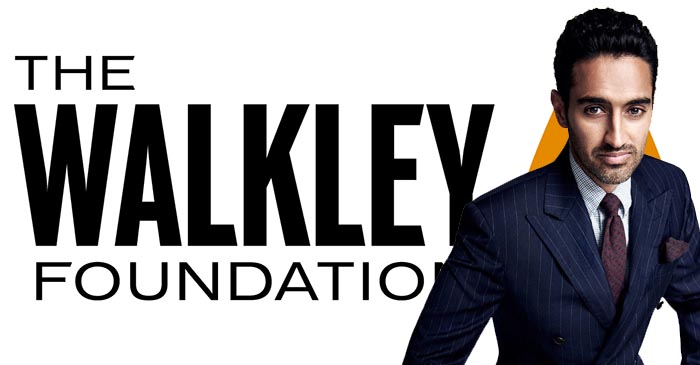 TOWARDS THE END OF THE year, the Walkley Foundation is hosting its annual awards ceremony where Waleed Aly is expected to clean up in light of last night’s Gold Logie win.

Despite not having a specific gong for a most popular male television presenter, the Australian journalistic authority is expected to create a special one-off award for the 37-year-old.

The Ten Network is also expected to change Aly’s title on his business cards and office door to ‘journalist‘ in preparation.

Speaking today from her office in Sydney, Walkey Coordinator Glenda Rosebud said it was the change that needs to happen in Australian journalism.

“Though journalists and writers are particularly good at pronouncing hard names, there’s still a huge level of inequality in Australian journalism,” she said.

“That’s why we’re planning to give an award to Mr Aly this year, to highlight this issue by tackling it head on.”

“His gold Logie win has put a considerable amount of pressure on us to recognise his work as a television presenter,”

“What Australia needs to understand is that the difference between a journalist and a television presenter is irrelevant and damaging. For far too long, the term ‘television presenter‘ has been a dirty little label to put on somebody – but they’re journalists and we need to recognise that.”