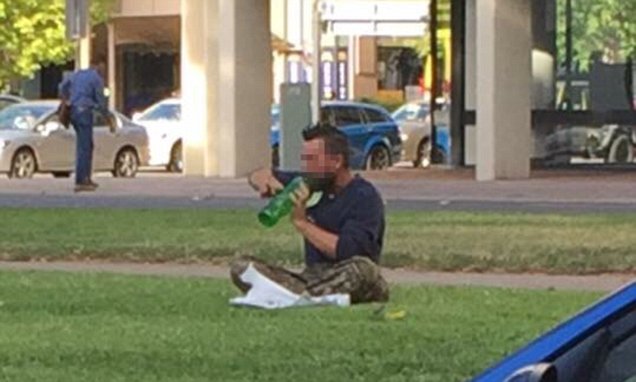 A new report by the Australian National University has indicated that 70% of ACT residents were under the impression that the nickname “The Bush Capital” was in reference to the high-quality standard of homegrown marijuana that is present throughout the territory.

“I mean, it’s not a lie that Canberra has some of the best buds south of the Tweed, says lead researcher, Professor Damien Punchen.

“We just weren’t aware that is was such a big part of the culture,”

The study was conducted in an attempt to identify the reasons behind Canberra’s resurgence of reggae music. Out of a sample of ten thousand, roughly seven thousand indicated that they were ‘certain’ the term “Bush Capital” was in reference to the notorious strain of Cannabis sold in the outskirts of the ACT.

“These were people of all ages, occupations, backgrounds and family scenarios. It is very interesting numbers,”

“Especially when considering the amount of people who admit to ripping cones before and after dinner during the week,”

According the survey, roughly 85% of Canberra residents admit to being functioning marijuana users who consume up to 3 marijuana joints an evening – the equivalent to 5-6 ‘cones’ when smoked through a Gatorade bottle or Canberra Flavoured Milk bottle.

‘Bush’ in Australian English refers not only to a plant or shrub, but to the natural forested areas. “The bush” is the equivalent of “the woods” in other countries – however this is often confused with the marijuana terminology, which is used to describe marijuana that has been grown in natural light.

For political purposes, Canberra was built “in the bush” away from the cities of Melbourne and Sydney, and is surrounded by forested mountains. The city planning was designed to complement the natural landscape with open spaces, parks and lots of native vegetation.

This makes Canberra very much part of the natural surroundings and while living in a city, it’s still very noticeably part of the “bush” – hence the nickname, “The Bush Capital” .

According to Gai Brodtmann MP (member for Canberra) this nickname has nothing to do with marijuana.

“Not originally, but yes, I do believe the kids are now more likely to associate that nickname with marijuana than the actual landscape,”

“I don’t think the kids down here are actually looking outside. Most of them are face down into a bubbling smoke chamber with Sticky Fingers blaring,”

“I don’t blame them, there’s fuck all to do here.”

Local resident, Rick (pictured) says he has never left the city, and was unaware of the term “bush” being used to describe anything other than marijuana.

“Never heard anything about that, aye” says the unemployed 38-year-old.

“We always thought it was them other cities giving us a props for our mad weed,”

“I’ve smoked the stuff for nearly 25 years and it really is the best,”