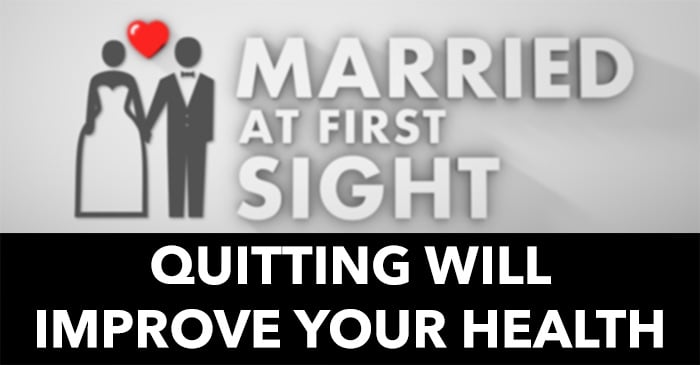 REALITY TELEVISION SHOWS SUCH AS Married At First Sight and other like it may soon be forced to display a warning label prior to broadcast under sweeping new measures put forward by the Attorney-General of Australia.

A disclaimer-type caution may also be on the cards to outline that the following presentation will feature paid actors and that what you’re about to see is not reality.

“You have a whole industry,” said Brandis.

“You have a whole industry of young women working in public relations, media and what have you that are being exposed to this sort of drivel and it’s starting to affect them mentally and the content of these shows have started augmenting their reality,”

“We can’t necessarily ban these shows, this isn’t China – but we want to make sure these young ladies are making informed decisions about the health ramifications before they watch shows like Married at First Sight.”

The powerful, tall and strong Queenslander’s sentiments have been echoed by medical professionals around the country, saying something has needed to be done about shows like Married At First Sight for years now.

Dr Ellen Machet from the University of Melbourne says that reality television shows have been linked to a number of medical disorders in recent years.

“The most harmful thing about these shows are that they skew expectations of what young women can expect out of life,” she wrote.

“It also cheapens the notion of marriage and boils it down to a crass cash-grab that only serves to benefit the studio and network that broadcasts it. Young women who watch these shows need to know the risks.”

During the first season of the show, 29-year-old hospitality professional Miles Frottage said his girlfriend asked him to pick up some gas for her planned Married At First Sight BBQ she was having with her friend. Sitting at the lights about a block away from home, Miles turned to look at the LPG bottle strapped in the passenger seat – and thought about opening it.

“I honestly thought about gassing myself in the car on the way home,” he said.

“That show almost gave me an aneurysm the first time I was forced to watch it. During the actually BBQ, I purposely cut my hand quite badly so I could spend the night in a hospital waiting room watching the ABC on mute.”