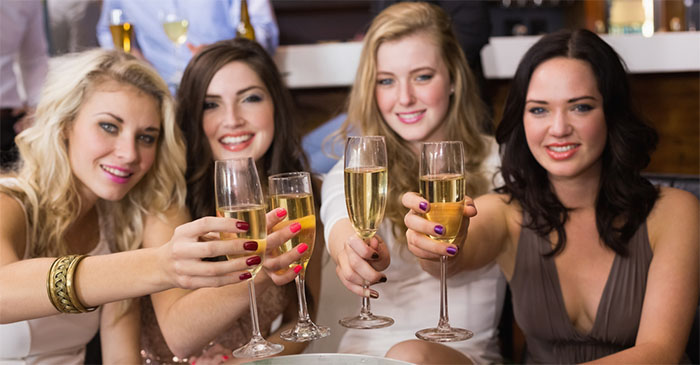 IF YOU’RE WAKING UP FROM a long hard night on the prosecco, there’s some light at the end of the tunnel.

Childbirth and femoral fractures are considered less painful than a hangover induced by the fancy-sounding fizzy pop – with some comparing it to having your head split in half with a blunt axe.

Rarely does one remember anything after evenings on the lash, but prosecco’s dangerous effect on memory and cognitive function have been backed by science.

That’s why the Turnbull government has just given the green light to a trial that sees sufferers of prosecco hangovers have the option to be euthanised.

Under the scheme, a person who’s prosecco intake has been verified and confirmed by two separate parties, have the ability to dial a hotline. Either a registered nurse or a police officer will then arrive at the house to put the person to sleep. Two options will initially be offered, with more coming online in later months.

A single gunshot behind the ear from a small-calibre hand from a trained, but reformed murderer is available. If you’d like to make the body identification easier on whoever’s doing it, then a nurse can smother you with a pillow.

Natalie Cruikshank has pleaded with her housemates to end her life over a dozen times. Despite swearing off the death bubbles forever each time, she finds herself slinking back to its sweet tang.

The 24-year-old public relations account executive knows to keep away from any wine variety that comes complete with a plastic cork, but she earns just under $4k a month – meaning she’s often lured back to the bargain bin.

“The morning after Melbourne Cup, I woke up propped up in the corner of my bathroom. Covered in my own vomit and stomach lining,” she said.

“I was already an hour late for work and calling in sick the day after the cup is not looked upon lovingly. But I got tricked into smoking ice once like five years ago and this was way worse than that,”

“Being clubbed to death with a small rolling pin would’ve been nicer than what I had to do that day. When I finally got to work, they told me what I did. Then all I wanted to do was run outside and do a cartwheel under a passing bus.”