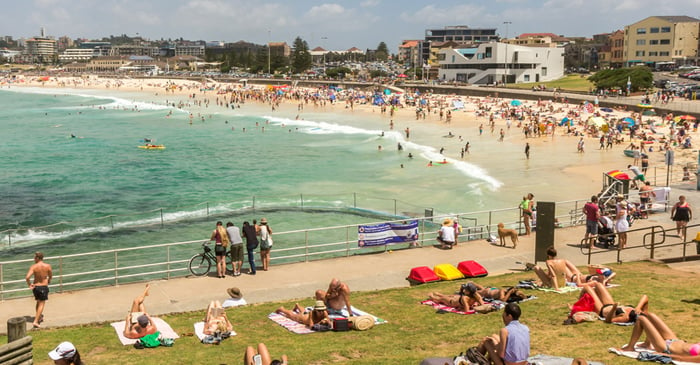 Due to the nation’s controversial and oppressive gun restrictions, no one has died as a result of a mass-shooting from an automatic or semi-automatic weapon on Australian soil today, for the 8499th day in a row.

North Betoota cinema attendant, Christina Upton can’t believe it has been a whole 23 years, 3 months and 8 days since a heavily armed white Australian male decided to shoot at a crowd of unsuspecting Australian civilians for no reason.

She says the peaceful two decades that have followed are “probably” because the Australian government decided to strip her of a God-given right to own projectile weaponry capable of shooting down helicopters.

“Yeah, I mean the Yanks come across as sick people. This year there have been more mass shootings in America than calendar dates… But it wasn’t that long ago that Australia had postal workers holding their entire office hostage with AR-15s”

Ms Upton, who claims to be able to walk freely outside of her home without fear of being killed by a mass shooter, believes that God-given rights probably play a bigger role in America’s mass shootings than Americans think.

“I don’t think America should be so hard on itself about the mental state of thousands of lonely white losers. We have those people too,”

“…Just in our country those people don’t have access to Russian-made automatic assault rifles that have been invented purely to help military personnel win wars,”

“If I was in America, I’d be terrified of working in a cinema – for fear that one of these losers would use their God-given rights to murder me in cold blood,”

Local Betoota cop, Uncle Rick, says that this is because idiots have a harder time getting their hands on machine guns than criminals.

“I think America needs to realise that it’s not really the criminals and gangster you need to worry about as such. I’d be more concerned about the indoor types”

“Criminals use guns to help their efforts in making money through crime – they have much less interest in killing you for the sake of it,”

“Weirdos use guns to shoot up medical centres and primary schools for no reason other than the fact that they want to use their God-given rights,”

“In Australia. Our weirdos are forced to write stern letters,”