When observing the Australian political landscape, It goes without saying that Aboriginal Australians and Racist Australians are two of the most considered minority groups in our country.

Whether they are clashing with each other, the media or with the government – both groups represent two separate, yet undeniably powerful grass-root movements.

But are they that different to one another?

We have compiled a list of the most obvious similarities between the two:

It is very uncommon to find an Aboriginal person who doesn’t have at least one uncle who can sing horrible renditions of every single Slim Dusty song ever written. The same goes for racist Australians.

Viewed by patriotic white people as the shining beacon of a “true blue Aussie” – a man who epitomises the spirit of a new Australia – his music is often heard blaring from inside heavily-stickered holden utes that are owned by racists.

However, the late Slim Dusty is also regarded by Aboriginal people as their “mate on the inside” – a whitefulla who always understood and generously supported Indigenous issues.

8. Telling People To “Go Back To Where You Came From”

“Go back to where you came from” is a colloquial lament that sits at the core of Australia’s multicultural tensions.

While the racist community tends to use this expression as a xenophobic slur, usually directed at Islamic migrants, the Aboriginal community tend to use it as a desperate plea for recognition as this country’s first people.

Racist Australians have for centuries idolised the murderous Irish migrant known as Ned Kelly – An iconic “bushranger” who was well-known for his love of shooting policemen.

Alongside the astronomic star formation known “Southern Cross” and the “Eureka Stockade Flag” (an icon of Australian industrial communism) – The racist Australian is always very keen to ink visible body parts with these patriotic symbols.

The same goes for the Aboriginal community. As a culturally-frustrated neighbour of the racist, the Aboriginal Australian is also just as likely to tattoo themselves with Indigenous art and proverbs – All of which are usually detailed with the black, red and yellow colours of the Aboriginal flag.

Aboriginal body art is also very likely to include the words  “Mob” or “Deadly”.

For the most part, a large portion of Australia is usually heavily invested in any boxing match that stars the famous Aboriginal Boxer known as Anthony Mundine.

However, Racist Australians and Aboriginals are the most likely to book a Mundine fight on Pay-Per-View.

The two communities have two different reasons for shelling out $50 dollars for a two hour display of low-quality undercards.

The Aboriginal community tune in to watch their deadly brother silence the critics.

The Racist community purchase the bouts on Pay-Per-View for the off-chance that they might get to witness an American boxer they have never heard of knock that cocky black bastard the fuck out.

Rugby League is well-known as an all-inclusive sport for people of all backgrounds and political persuasions.

A game that is heavily represented by Indigenous athletes at an international level, the National Rugby League is also prone to having racist fans. This is due to the games far-reaching exposure to predominantly white, isolated blue-collar communities.

However, the racist rugby league fan is far more aware of the consequences of booing Aboriginal players purely because of their race. This is unlike the AFL fan base – who don’t necessarily respect the contribution made to their game by First Nations people.

The Aboriginal community decided upon their official red, black and yellow flag in 1971 – Not even twenty years after the Australian Flag was defined by the “Flags Act of 1953”.

Since then, neither community has stopped waving them.

While the Aboriginal community uses their flag to recognise an inter-tribal solidarity that unites over 900 nations of First Peoples, the racist Australian waves their flag out of true blue Aussie pride. 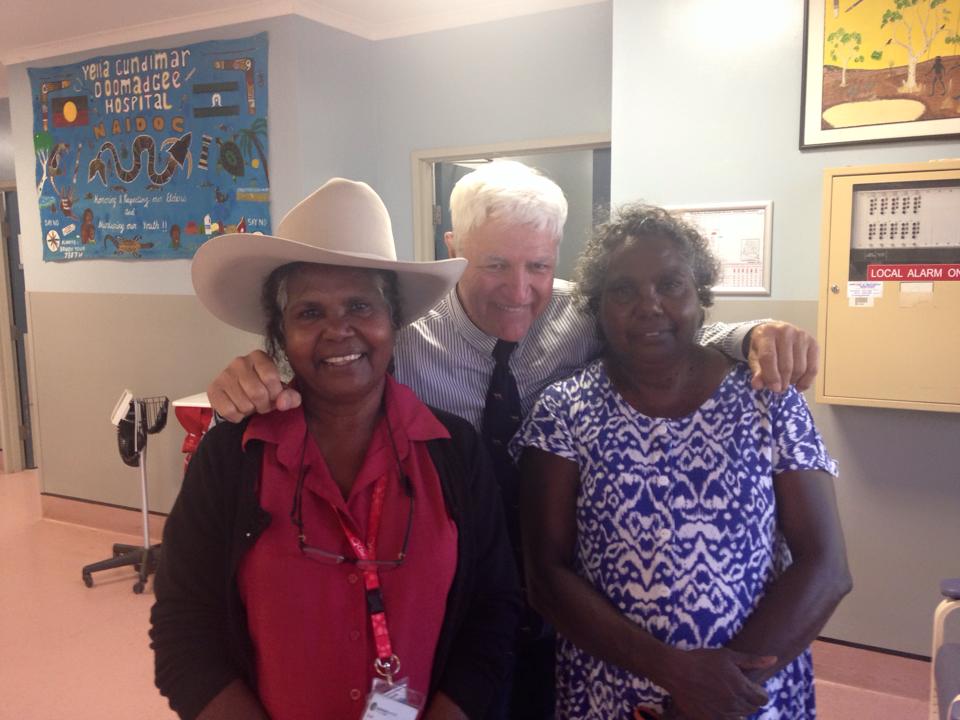 Similar to Slim Dusty, the larger-than-life personality of Northern Queensland politician, Bob Katter MP, is one that appeals to both Aboriginals and Racists.

His love for the land, Akubras and cracking the occasional homophobic slur makes him very popular with racists, who feel he must be also be on their level when it comes to immigration and the vague concept of Aussie Pride.

However, what many don’t know is that with Lebanese and Aboriginal ancestry, Bob Katter has for many years been a big supporter of multi-cultural Australia – often identifying as a “Murri” himself.

His ability to recite Kev Carmody songs and keep track of the extremely complex family trees of his Aboriginal constituents makes him very popular with the Blackfellas.

Whether they are decorated with red, black and yellow colours and Rabbitohs window-shades, or covered in anti-Islamic bumper stickers – both the Aboriginal community and the Racist community love Holden Commodores.

This may be due to the fact that Commodore is a fucking sick car, or as it is referred to by the Aboriginal community, a “deadly ride”.

In fact, the Holden Commodore is such a high-performing vehicle that the authorities (both state and federal) have for many years chosen it as a preferred model of police car.

Both Aboriginal people and White-Australian Racists depend heavily on the bodily fluid known as blood to deliver necessary substances such as nutrients and oxygen to the cells – and transport metabolic waste products away from those same cells.

Another surprise is that both Aboriginal people and Racist Australian people have blood that is coloured red.