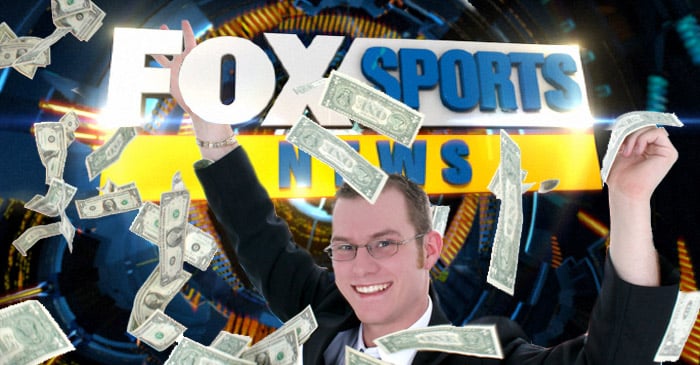 SPORTS JOURNALISM IS THE NEW mining engineering – that’s the message from news media outlets around the country as the scramble to recruit enough staff to cover the return of Jarryd Hayne to rugby league football.

Media commentators and industry insiders considered the Hayne high-water to be his inclusion in the San Francisco 49ers playing roster, but now unprecedented levels of Jarryd-related content are expected to starting spewing out in the lead-up to this weekend’s fixtures.

Speaking candidly to The Advocate this morning, one senior Fox Sports executive urged anybody with even the slightest journalistic qualifications to grab their boogie board and jump off the sandbar.

“Ten years ago, universities were churning out mining engineers like piss down a urinal at halftime,” he said.

“Now they’re either being shot at by Raskols in PNG or they’re pouring beers for journalism graduates in pubs dotted around suburbs where you won’t get your phone taken by a 13-year-old kid on a BMX on the way home. You wouldn’t believe the boom. It’s all thanks to Jarryd. Even our unpaid interns can afford blow. Fuck me, we even give them craft beer on Fridays now. Anybody want a One-Fifty Lashes?”

“But get in when the getting’s good, kids. He’s only two bad injuries from French rugby – and if he even plays Parra at home, he’ll have to pull a Johnny Howard and wear some kevlar under that jersey.”

Fox Sports asks you to send your resume and all relevant clippings to their offices in your closet capital city.