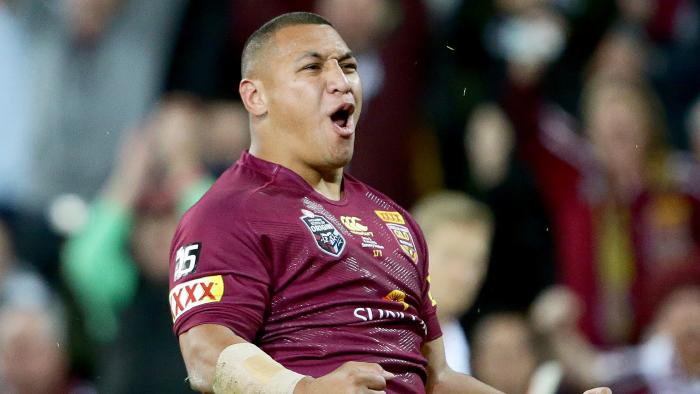 Canberra Raiders hitman Josh Papalii has been awarded his seventh Queensland jersey, after being named to start in the State of Origin series opener next week – as the Maroons look to keep the momentum that has surrounded them for the last decade – with or without Thurston and Slater.

While Papalli’s selection would seem fitting given his career-best form for the Milk this season, it has come with a specific list of conditions.

One, Josh is not allowed to drink drive anymore, and two, if he does commit some sort of felony between now and August, he should avoid reporting himself at all costs.

Coach Kerrod Walters says he knows that sometimes boys will be boys, but boys have to know that when something as serious as Origin is on the line, they shouldn’t report themselves for being boys.

This follows the news that Papalii pleaded guilty in the ACT Magistrates Court last month to level three drink-driving after recording a blood-alcohol reading of 0.123 on January 15, hours after he left captain Jarrod Croker’s engagement party.

It was made known to the court that Josh has reported himself for drink-driving, while drink-driving to prove a point. proescuters dropped charges of driving with a suspended licence and driving an unregistered and uninsured vehicle – but no one was exactly sure of what point he was trying to make.

Even the judge described Papalli’s behaviour as bizarre.