It’s a decision that has been dubbed “Outrageous” by former great Brian Lara: The Indian-dominated International Cricket Committee (ICC) has ruled that the international cricketing side known as the West Indies will now be referred to as “The Caribbean” for the upcoming ICC World Cup.

In a shock move, the governing body deemed the title of West Indies as “offensive and misleading” – claiming “the collection of countries is neither West nor Indian”.

The overnight ruling has organisers scrambling to reprint tickets, while Caribbean team management say there is a real chance the team’s kit will not be ready for their opening pool match against Ireland in a fortnight. “It’s crazy”, team manager and former great Joel Garner told The Betoota Sports magazine, Captain’s Knock.

“For 87 years the team has operated under that name. How can the ICC do this?”

The combined body of island nations, made up former British, French and American colonies, won the inaugural cricket world cup in 1975 – but have since slipped in the ICC rankings to 8th. “I don’t know what political correctness is”, Garner said, “but this is wrong”.

Adding to their woes, sports manufacturer and current tournament sponsors Canterbury have prevented the Caribbean Cricket Council from using the CCC acronym. They will instead be known as the Caribbean United National Team.

The cash-strapped C.U.N.T have few options but to finish their South African tour in test whites, as any fine would likely cause bankruptcy. 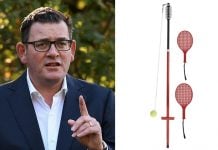