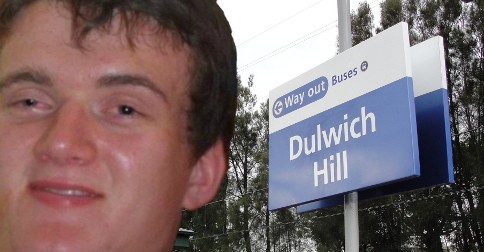 THREE TEENAGERS FROM Sydney’s inner-west are in police custody this afternoon after tricking a classmate into consuming 1.1kg of “cannabis brownies”.

The victim was rushed to Royal Prince Alfred Hospital in Camperdown after he lost consciousness at around 1:30 pm.

It is alleged by police that the boys were curious to see whether it was possible to overdose on the psychoactive plant.

A popular urban legend states that it is impossible to die from over-consuming marijuana.

In addition, police charged the boys with a string of criminal offences after they revealed that they mislead the victim – daring him to eat as many “regular” chocolate brownies as he could.

However, their plan began to unravel when the victim left the house to buy some Twisties and a mango Powerade.

Police say that the victim didn’t get far before total psychosis took hold.

“We found the victim about 20 meters from the residence where he consumed the marijuana,” said a police spokesman.

“It wasn’t good. His vital signs were normal, he was just really, really high,”

“We made it very clear that he wasn’t in trouble.” he said.

The victim is listed as being in a serious but stable condition in hospital and his doctors are optimistic that he’ll make a full recovery.

“He’s going to be OK. He regained consciousness briefly at around 2 pm and asked us if he was dying,” said a hospital spokesman.

“We all had a pretty good chuckle – we’ve all been there before,”

“Unfortunately for him, it’s going to be weeks before the THC works its way out of his system,”

“We’re projecting that he’ll be stoned until May at the very earliest,” he said.

“He pleaded with us to euthanise him.”