Maitland diesel mechanic Trenton Derran has spoken out in a stinging rebuke of the presence of police dogs at community events on his Facebook page this Friday.

The young electronic music enthusiast controversially revealed that he was reluctant to carry more than six disco biscuits into festivals due to the increased number of sniffer dogs patrolling the entry point.

Mr Derran, 23, remarked that he felt the police presence had a direct correlation with lowered consumption – which resulted in a largely detrimental impact on the ‘MDMAconomy’.

“Where punters used to carry in enough shtingers[sic] for every other bloke and his pooch, now the coppers and their hounds have us second guessing a sneaky ten-pack” wrote Mr Derran.

“They are fucking dogs”

The well known community representative has received two suspended sentences in relation to carriage of illicit substances with intention to sell, and is reportedly fed up with giving up his historically loose Thursday evenings for his court mandated intervention programs.

“These days, a fella can’t relax with even five round ones at a festy” lamented Mr Derran.

“I generally just hook them over to my missus Krystalyce, who chucks them in a franger”

While much of the anger in Mr Derran’s shocking outburst was directed at NSW Police, the lauded commentator managed to take aim at the Federal government and Sydney’s lockout laws.

“I just wish those blokes in Canberra would take a breather and let the fellas live” decried a frustrated Derran.

“I used to be able to fund my own gear from slinging on the side, but everything is so tightly regulated now.”

“It wouldn’t surprise me in the least if that dickhead Malcolm Turnbull tries to legislate a eccy tax in the not too distant future.” 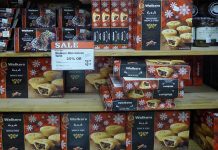 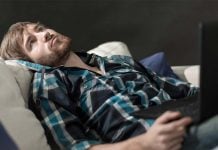