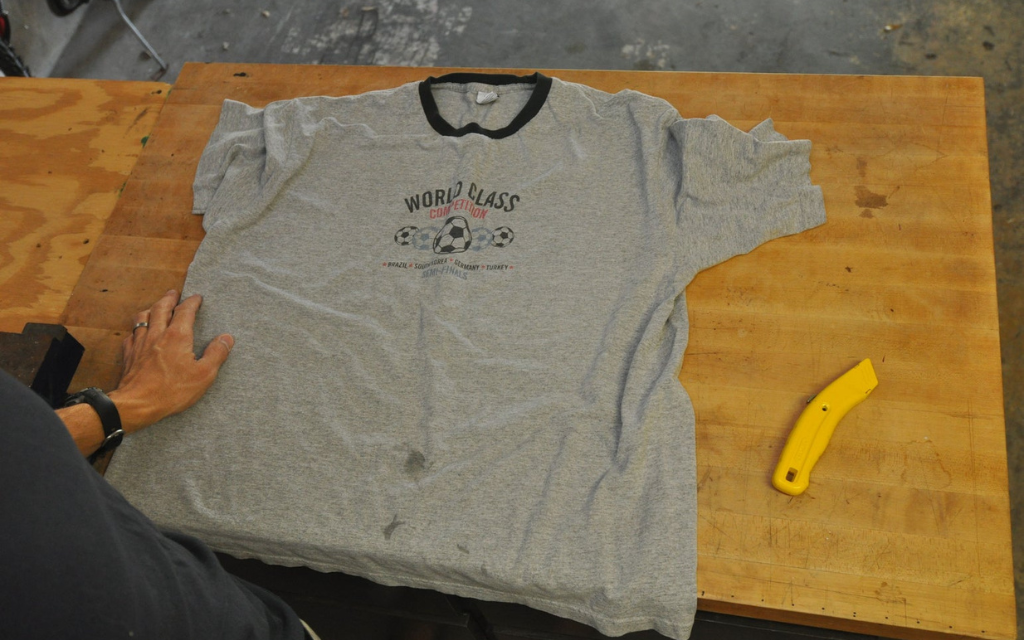 A local Betoota father is paying his respects today, as he bids farewell to one of his most prized t-shirts.

The Advocate understands local dad of three Ken Matterson (52) is demoting a fabled cotton tee, and laying it to rest in a dirty pile of greasy rags sitting in a bucket in his two-door garage.

“Yeah I’ve had this one for years,” Ken solemnly told The Advocate.

“Picked it up from a Lowes around Origin time and it’s never skipped a beat.”

The shirt in question, a 2007 Queensland State of Origin t-shirt, complete with a player list and raft of sponsors, is believed to have been Ken’s favourite shirt since its inception.

“It was soft yet hearty, it always felt nice on me,” lamented Ken.

“Course I started wearing it out for dinners, before my wife Jan said I needed to start wearing collared shirts at special events like my kids’ birthdays.”

“So this baby went from being my pub shirt to my groceries shirt to my house chores shirt, it then spent some time in the pyjama department before it’s last stint as my lawn mowing shirt.”

Staring at the tattered rabble of off-colour fabric, stained with the sauces of over 10 different curries from years of TV dinners, Ken sighed as he bid farewell to the last time he’d ever wear the shirt he semi-hoped he would be buried in.

“Sad to see it go, but it’s nice I can repurpose it for a few more months as my favourite chore, waxing the Commodore.”

“I’ve just got a lot of good memories with this shirt, I might even try and sneak it back inside the weekly wardrobe for whenever I’m doing the guttering…”