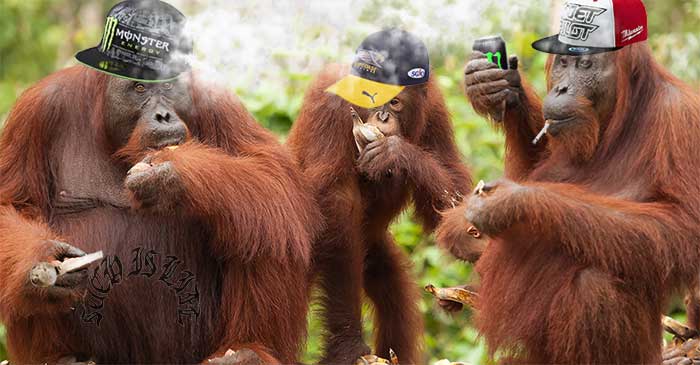 Yesterdays enclosure breach at Perth Zoo has reportedly been resolved completely – after staff were able to return the escaped orangutans back into their artificial jungle setting.

It has been revealed that the primates were found wearing flat brim Jet Pilot hats and other extreme sports merchandise.

They were also seen with Winfield Blue cigarettes in their possession.

“We are a little concerned that our dominant male [Coochie] may have developed a habitual crystal meth problem” said one zoo staffer.

“Donnatella was found wearing high-vis PPE at Perth airport, attempting to catch a flight to a new job in the mines”

The incident was the second orangutan escape at the zoo in the past two years.

In 2015, another primate used a shade sale to jump from another part of the exhibit after guests gave it a sip of a Monster energy drink. Perth Zoo has launched an investigation into the latest incident.