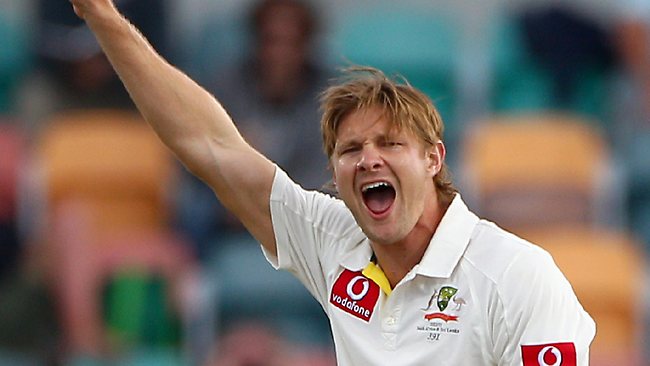 AUSTRALIAN selectors have shocked the sporting world today by announcing that Shane Watson is set to replace the out-of-form Steven Smith for the next Ashes test at The Oval in London.

Only a month ago, Watson was dumped from the team after his 36-month-long form slump was finally too much for Coach Darren Lehmann to ignore.

Calls for Watson to replace Smith at 3 started doing the rounds on social media last night, as the 34-year-old Queenslander’s form looked to be the pick of the bunch.

However, The Advocate can reveal today that Watson has been brought back into the side because even the perennial disappointment himself would play as badly as anybody else currently in the team.

National selector and shadow dweller, Mark Waugh says that the timing of Watson’s explosive re-entry into the test arena couldn’t come at a better moment.

“The Australian Cricket Team is in crisis mode,” he said.

“What we need is more consistent mediocrity from most of the team, with the occasional standout performance from someone like Mitchell Johnson or David Warner,”

“Shane Watson is the definition of mediocre, in terms of cricket that is, he wasn’t particularly good – but by the same token, he wasn’t completely useless either,”

“Point being is, he’s the best option we have at the moment. I’d be more inclined to let Dean Jones pull the pads on, but James Sutherland said no.”